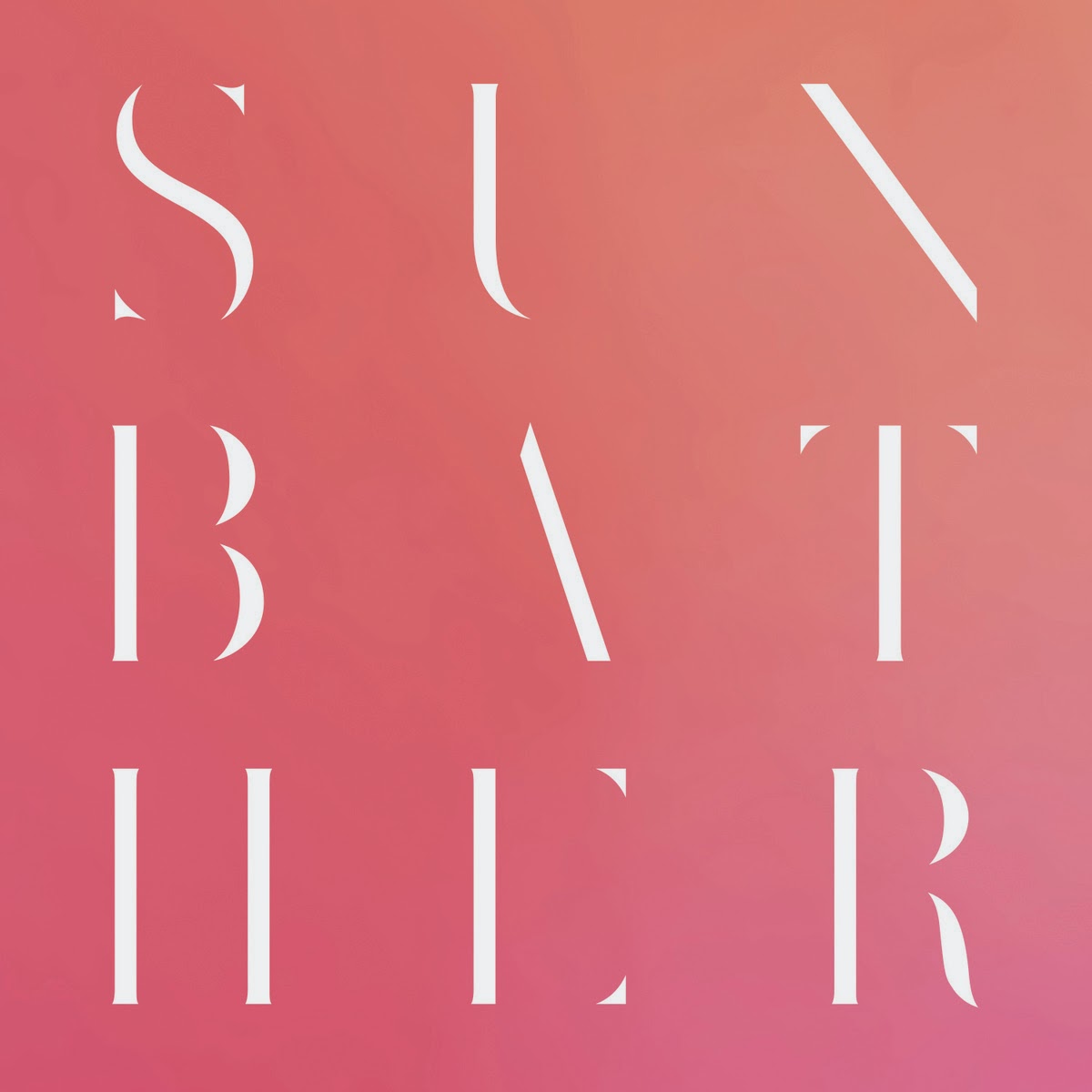 Last year, I remember seeing Sunbather and being perplexed by the bright pink cover art. Indeed, the pastel shade reminded me more of Easter, bunnies, and chicks than it did heavy metal, so I assumed something else was at play--something controversial enough to cause serious listeners to dismiss the music right off the bat. Because my Twitter news feed proclaimed the album as a pile of hipster drivel, I, too, skipped the record, thinking it was a waste of time. And that was my biggest mistake.

We've all seen the kind of music that hipsters and metal can produce, and the results often aren't good, for they lack depth and are filled with pretentious, self-serving musicians. Liturgy, for instance, is one of those, with each member labeling their music as art, for the betterment of black metal, heavy music, and "the scene." Well, that's what my recollection tells me, anyway, because it's been a few years since I've touched one of their awful records or heard an interview, but my point still stands.

So, with that in mind, I approached Sunbather cautiously. I mean, let's be honest; the cover art is downright ridiculous for a metal band. Stacked letters forming the title and a pink '50s vibe? Ha! Get real. The title itself is also silly, to the point that one might consider it a joke and dismiss the music just as I did. And, before I forget, Deafheaven as a band name? Seriously? That's perhaps the most comical thing about the whole mess.

But if I've learned anything in all my years of listening to music, it's not to pass up a band based on something as trivial as a name or piece of artwork.* Much like not judging a book by its cover, the same applies to musicians and their records. While I enjoy, and love, Dying Fetus' brilliant 2012 effort, Reign Supreme, their name is an instant turnoff for me, because it's tough to gush about artists with similar names when someone asks for an opinion of a great record or a favorite band. All you're likely to get is a bewildered "What the fuck?", or at best, a raised eyebrow in response from a friend who has no experience with metal music.

Perhaps that's what Deafheaven had in mind, though. Although not the same situation as above, being different attracts attention--some of it good, some of it bad--and extremes emerge from the woodwork supporting or opposing said music. Bruce Dickinson once sang in Iron Maiden's surprisingly average "Holy Smoke," "flies 'round shit, bees 'round honey." Going against the grain attracts people without fail, just as honey and shit both cause swarms of bees and flies to appear in a blink of an eye.

I've decided that, in this case, Sunbather is an astounding success for Deafheaven, regardless of how the core metal community views what is surely one of the most controversial records of the past few years. The hatred isn't unfounded, of course; in fact, there's much to dislike about the album. The vocals sound similar to a [bear with me as I use a generic, non-descriptive term] screamo/post-hardcore band, instead of the desperate screech or shriek typical of black metal. The guitars also dip deep into post-rock ala Explosions in the Sky and, many times, cease to feel metallic all together.

But that's just it--Sunbather isn't purely a metal record. Nor does it desire to be.

In recent years, black metal has rapidly expanded and evolved, but not without the help of the world's music palette. Much like any other fusion, musicians borrow from a vast array of genres and sub-genres--post-rock, various types of metal, and even bluegrass--and create something completely new from the mixture. And, often times, the end product is a total disaster, unlistenable and just plain dreck. Like anything else, the results are hit or miss.

Yet, with Sunbather, Deafheaven has lured the music world in for a gander, however brief. It's surprising, really, if you think about it; outside of giants Black Sabbath, Iron Maiden, Metallica, and possibly others like Slayer and Megadeth, metal isn't something the average music lover reaches for, hoping to escape the realities of everyday life. But because Deafheaven's genre fusion is done well, listeners who would normally find metal repulsive become full-fledged fans, stick around for the next record, and permanently register the band on their radars. That's the beauty of it--Sunbather transcends boundaries because it steps over them. It combines polar opposites and forces them to work together in harmony. It makes metal accessible.

The question remains, however--is the music any good? ...to which I'll respond, "see how many words I typed? Use that to form your own opinion, jackass." In truth, the album is mixed. The interludes, despite Deafheaven's good intentions for breaking up the longer tracks, are filler and totally unnecessary. Devoid of a satisfying, crunchy center like in a Twix bar, they're entirely forgettable and more or less misuse of precious CD space.

On the other hand, and the primary reason for this lengthy post, the meat of the record--"Dream House," "Sunbather," "Vertigo," and "The Pecan Tree"--is a sensational romp through black metal meets post-rock meet shoegaze. Each composition twists, turns, climbs, and falls quite dramatically, in spite of disdain from the metal community. But, even so, Sunbather is nothing new because the the mash-up has been done before. It's simply that the quality of the mix and match is astonishing.

With that said, don't let me set an example for you. Don't follow in my footsteps and avoid an album because of a collective mindset floating around on the Internet. Despite what the popular opinion says, hipsters can make good music, and god forbid they take our sacred heavy metal and fuse it with decidedly "unsuitable" genres.

Yes, I like Sunbather. I'm proud of it, too, if you couldn't already tell.

* In the case of Deafheaven, I didn't follow my own advice.
Posted by TheMetalAdvisor