It's hard for me to remember the last time I legitimately got excited about walking into a music store. Trips to random storefronts have often left me out in the cold and very few are good enough for a second visit, let alone a purchase. Amazon and online distros are unquestionably the best place to buy a record, but nothing beats the age-old experience of sifting through a pile of albums, finding a hidden gem and enjoying a treasure the same day, instead of waiting tirelessly for the latest release to arrive in the mailbox.

The point is the record store, in its best incarnation, is a dying breed. The larger chains are dilapidated wastelands good for nothing more than purchasing radio-oriented, top 40 pop and hip hop--effectively a shadow of what they once were and not what those looking to dig deeper into the artistic world salivate for. As most music lovers will attest, the high achieved by walking through rows and rows of albums is a glorious feeling, and those willing to stock anything and everything make that pleasure possible. How many share a similar mindset? Well, that's hard to gauge when the biz isn't profitable anymore.

Nevertheless, my faith in brick and mortar businesses returned when I visited Denver's Twist & Shout Records. My buddy and I walked out with quite a catch; 18 albums between us and a shared enthusiasm no online distro could match. Even though we spent close to an hour in the store--if not more--the draw and experience of having a dedicated establishment to step into, take a load off, and ogle at pretty little album artwork made our visit so much more engaging. Despite making a trip to Twist & Shout near every time my plane lands in Denver, I can safely say this was the most booty and plunder-filled expedition.

Like always, pricing decides how many albums I spend my hard-earned cash on and, for an independent store, Twist & Shout is fair. I don't mind supporting a home-grown business, especially in the drought called 2012 when physical media is steadily declining and countless record stores are closing their doors. As a comparable real world example, specialty businesses, not only limited to music-related products, are similar to ghost towns because they cease to exist in many places, with generic and throw-away goods in their place. Remember the truly beautiful mechanical wrist watches 70, even 80 years ago? Existing only in enthusiast circles today, modern mechanical timepieces keep the tradition alive, but are rarely seen in the wild on a passerby's wrist. As a result, watchmaking, as a profession, is a dead art. If we're not careful, physical formats--as a reminder of the creativity dreamed up in years past--will fall into a similar trap. Digital-only releases leave few traces behind and will inevitably be swallowed by the depths of time. 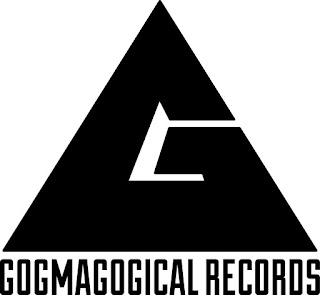 Although I am steadfast in acknowledging that there will be a niche market for a tangible product, the want and mainstream consumerist need for such merchandise is deteriorating rapidly. As I have discussed with my friends at Gogmagogical Records, None More Negative, and Rockthought, the CD, vinyl, cassette, and even the archaic, pain-in-the-ass 8-track add another dimension to music and give it an immersible, almost surreal experience. MP3s, lossless files, and digital media players are convenient and certainly a breakthrough for music lovers worldwide, but they are no substitute. Sad as it is, times are changing and no one wants to grab a drink, throw vinyl on the turntable, and kick back and discuss the latest sounds with friends. Indeed, my willingness to adapt, especially when the majority of digital media outlets sell music in significantly lower quality than what a physical release offers, is just about zilch.

Music without the need for a dedicated player and as a file shared an infinite number of times is a relatively new phenomenon. Ushered in by the rise of the personal computer, records are easier than ever to hear and, as a result, glaze over in an effort to seek out fresh tracks. While this is surely important for a band hoping to get quick exposure, the amount of time spent with an album becomes less and less as listeners scramble to move to the next, instead of attempting to familiarize themselves with existing music. With physical media, particularly CDs, six albums might be a cap to accompany one during the car ride to work, and each drive results in engagement with the chosen music--in other words, no in-one-ear, out-the-other funny business digital files often encourage. Consequently, players, such as iPods, make possible the ability to easily skip from song to song, but the convenience paints music as a hastily consumed product rather than a cherished work of art.

But a relatively new creation called Record Store Day rouses inner-music nerds in an attempt to revitalize the album-buying experience. Founded in 2007, special deals and exclusive records pressed for the third Saturday in April (and even the year-end Black Friday) bring the dedicated from their listening rooms and away from their turntables to music stores en masse. The idea seems overzealous, however, considering the amount of Black Friday Record Store Day vinyl I saw left over at Twist & Shout, but the celebration of physical media and the ritual that goes along with it is undoubtedly appreciated as a crack at pushing music lovers to their beloved albums.

Even with Record Store Day, a once or twice a year occurrence, record stores still struggle. Buying online remains the best option, especially when the desired album is within a click of a mouse and delivered to the doorstep a short wait later, but it lacks the feeling (and "soul") of walking into a music store. Nonetheless, the admirable few, Twist & Shout, for example, stand tall and agree with my sentiments as a group of aficionados. The coveted album might not be in stock, nor be obtainable by a local brick and mortar business, but the idea of a physical format in hand the day of purchase is gratifying, not to mention satisfying. As long as CDs, vinyl, and other formats exist, a select few will step up to the plate and continue to assuage our worst fears. Physical media is a niche product now; as long as we support it, we can "save" it.