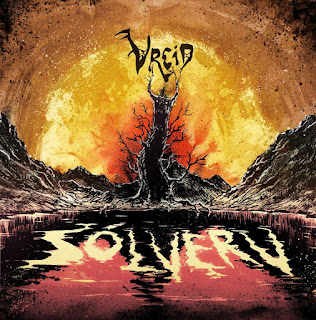 Vreid is a band that needs no introduction on The Metal Advisor. Near the site's inception,  I remembered just how much Milorg blew me away--two years after its release date--with a layered, intimate portrayal of Norway's struggles with the Nazis during WWII. The record had me embark on a massive recommendation spree, passing off specific tracks to anyone who would listen, and I even went on to see the band in 2013, with two good friends in tow.

The record released that year, Welcome Farewell, was admittedly a step down, but that effected the concert little. The band was simply sublime in their execution of each track and had a well calculated approach in how they engaged a small, but eager, crowd. And while Welcome Farewell didn't exactly hit the spot like Milorg did, the record was still an interesting, intellectual entry in the band's discography. From the cover art to the standout tracks, which had a particular way of squirming into your brain, Welcome Farewell ran away with a spot on my best albums of 2013 list--which was no small feat, considering the fierce competition that year.

For 2015, Vreid does it yet again with Sólverv, but a difference is clear right away. For one, Norwegian lyrics play a more substantial role in the songwriting, which is a complete 360 from other recent Vreid entries, and possibly an indication that their music enjoys more success on their home front. This will do little to hamper the listening experience for native English listeners, however--those familiar with Vreid will know that I Krig was the last record with predominantly Norwegian lyrics and additional albums predated it. That's not to say Vreid's English skills are lacking, either. It's just easy to surmise that they're more comfortable writing in their mother tongue and perhaps certain subject matter has a different meaning to it when written in Norwegian. 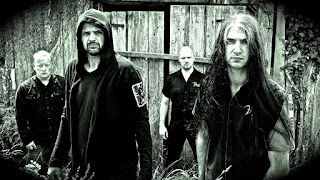 With the shift in language, one also notices a distinct culmination of past and current Vreid sounds. For instance, looking back on Vreid's career, the four-piece shared a direct link to Windir, a sister band that predated the group by 10 years. As such, songs cover many bases: at one moment, contemporary rocking Vreid takes the reigns; at the next, hurried melodic black metal with a darker overtones. This makes Sólverv especially exciting: tracks lean toward longer lengths and breathe freely with explorative, thought-provoking songwriting, all while pushing forward with more gravely vocals. And, on top of that, the production is clean and organic, a relative rarity in the majority of metal today.

What this means is that Sólverv is indeed another great entry for Vreid, though the record IS curious in the way that it combines different eras of the band's music. At first listen, the tracks aren't much different sounding than Milorg or Welcome Farewell, but as you dig deeper into the layered presentation, lifting off each sheet as you go, you begin to discover qualities to the music you didn't realize existed before. It's absolutely worth partaking in at least once, though it's guaranteed that you'll be back for another spin.