W.A.S.P. Strikes Back with "Last Runaway" 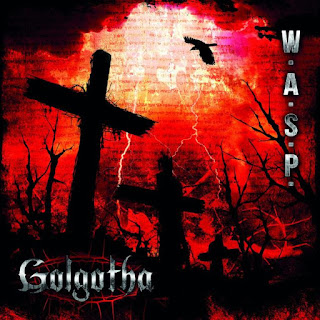 Ah, W.A.S.P.! --a band once worth their weight in gold, known for churning out classics such as The Headless Children and "I Wanna Be Somebody." Today is a different story, however--Blackie and co. continue to dig the hole they're stuck in deeper, with music that, by no coincidence, sounds the same on every damn album. From Helldorado on, I've found W.A.S.P.'s discography a chore to listen to and simply uninspiring (aside from spurts of brilliance) when spinning two or more of these records back to back. A creative rut is a better term for it, and it sucks. Hard.

But, of course, Blackie is back with more as any good rockstar should be, and "Last Runaway," as he calls W.A.S.P.'s newest offering, is a rather interesting one at that. It's got the same drum pattern and structuring as past, recent W.A.S.P. material, but by god, the key is different and so is the melody. Can we truly say this song is something fresh?

...although it doesn't mesh very well with the upcoming album's dark cover art. But that's a minor, petty qualm, and I generally enjoy the new track for what it is. If it's indicative of the direction or quality of the record, I'll be a happy camper. Just don't say this song sounds like Poison as a friend of mine has said, or you'll be in deep shit.