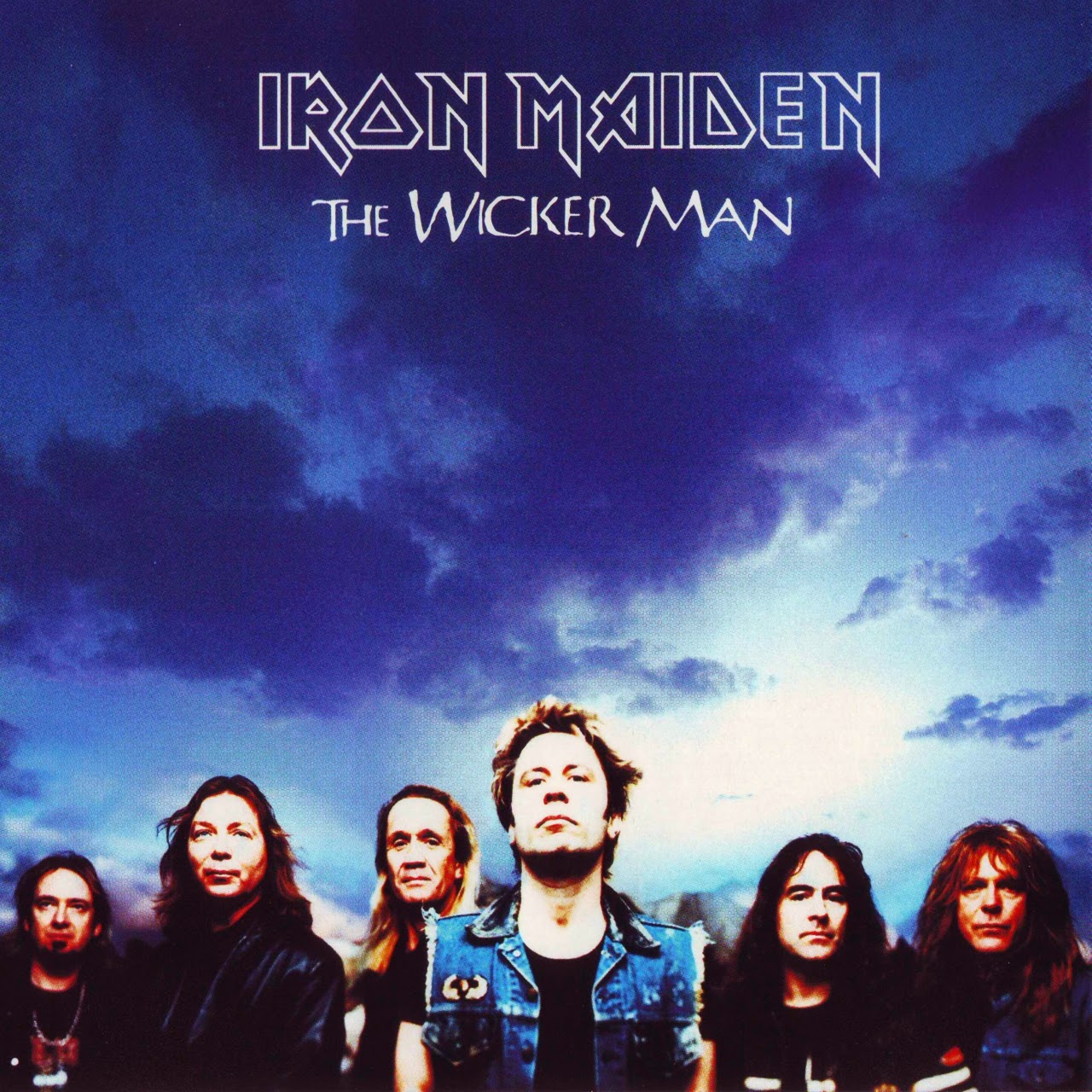 Recently, while browsing a closing record store, I came across Iron Maiden's Wicker Man single for a measly dollar. Going-out-of-business sales are often great for treasure digs, and this time was no different, as I scored big after years of not wanting to pony up the money for an altered track for the radio. Admittedly, though, the song is excellent and features a slightly reworked chorus, where Bruce lets a smattering of harmonized vocalization shine. Overtaken are the nifty, melodic guitar leads that underpin the usual chorus fare on Brave New World, but it's still nice to hear Maiden mix it up, even for the sake of a single.

Curiously, one can't help but wonder if this version of "The Wicker Man" was a product of Maiden's or the record label's. You'd think that any decent label would know better than to mess with one of the most influential heavy metal bands of all time--who have have received very, very little radio support throughout their illustrious career--but big labels are businesses. They don't think rationally (in terms of the artist's historical past). They don't care about the consequences of their actions (if money is involved). And they sure as hell don't give a rat's ass what the hardcore fan thinks. Now is as good a time as any to get the money train rolling and cash in on success, they hastily justify.

On the other hand, consider that this version could have been a part of Bruce's solo work. The chorus anatomy absolutely screams Dickinson to the core, and it's unlike anything the rest of Iron Maiden committed to recording prior to the song's release. The harmonization and structure is very Accident of Birth-era sounding, too, and would fit seamlessly into the record's track list.

Really, it could go both ways.

Regardless, the single seems to have had little impact. Outside of the You Tube and auction sites, the single is an obscurity that only the most dedicated of Iron Maiden diehards recognize. Think about it: it IS ironic that the single has taken a lonely backseat to the standard studio version and sits, over 10 years later, relatively forgotten. Guess the label--if they demanded the radio cut in the first place--didn't get exactly what they wanted. Instead, The Wicker Man is a Maiden fan's delight and a gem ripe for discovery.