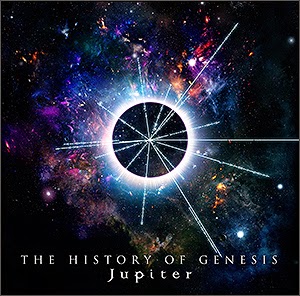 After Versailles' sudden split in 2012, many fans feared for the worst, nervously biting their fingernails when considering the members' creative well being and how they would endeavor to craft music in the future. Shocking, too, was the rift between vocalist Kamijo and the instrumental part of Versailles in which the two halves went separate ways to pursue their respective projects. Predictably, Kamijo launched a solo project under his own name, but lacked basic focus (re: sticking to a single genre), despite writing music uniform in quality. Jupiter, on the other hand, stuck to their power metal-based roots, releasing Classical Element the following year and The History of Genesis in 2015, which is arguably the more varied of the two and demonstrates progression and concentration as a band.

What's most surprising about The History of Genesis is not the level of quality Jupiter adheres to, but level of experimentation the band explores. Although Versailles alluded to it with tracks like "Zombie" as far back as 2008, the melodic death metal influence is readily apparent in "Darkness" and grows stronger in the album's second half when tracks "絶望ラビリンス" and "Sacred Altar" closely brush up against the sub-genre without compromising Jupiter's sound. There's something to be said of that, too, as truly good musicians keep a sliver of familiarly during experimentation to avoid alienating their loyal fan base. And, again, Jupiter does just that, introducing foreign elements while staying very much the same. 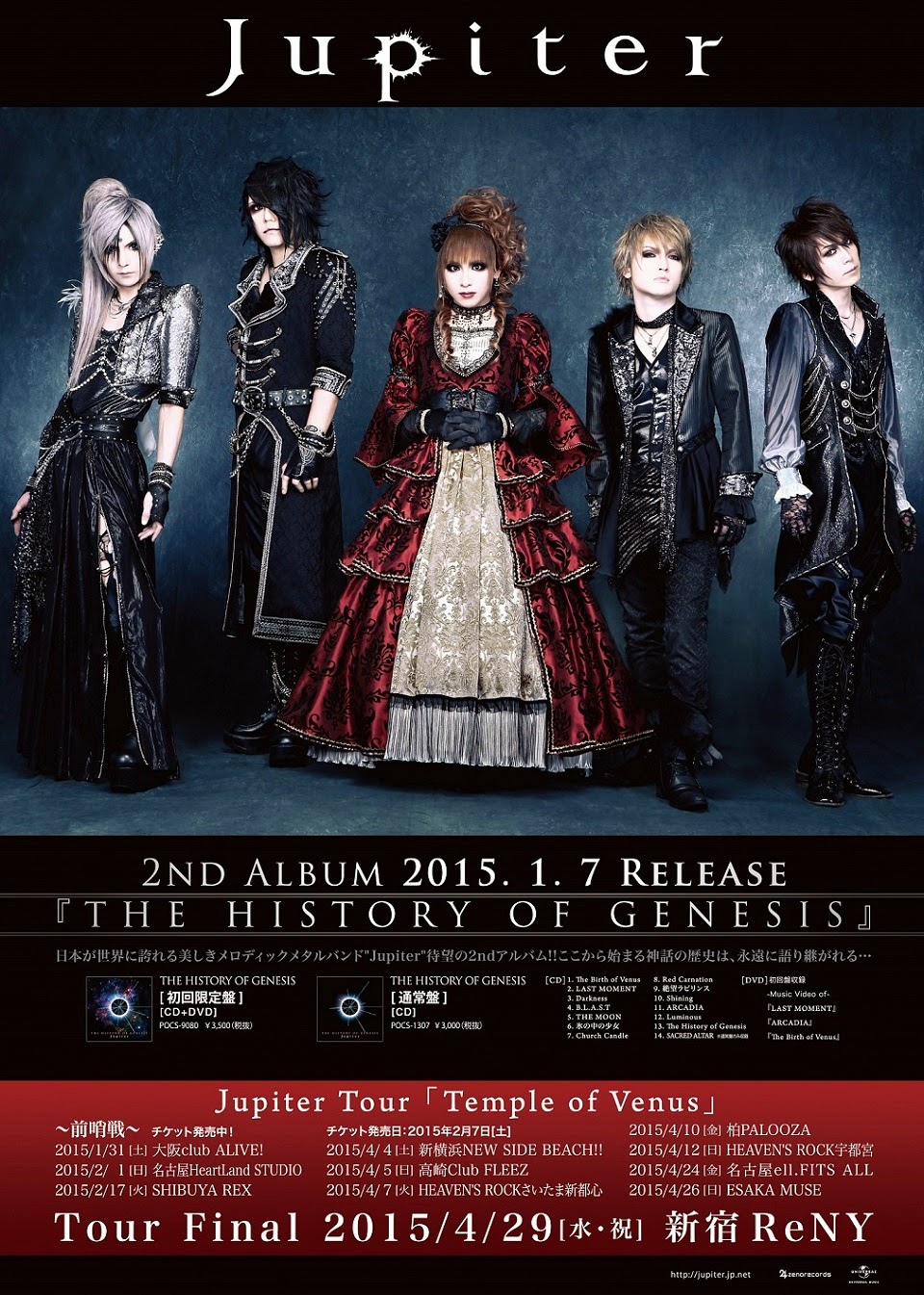 Past the harsh vocals and pummeling instrumentation exhibited in "Darkness" and Sacred Altar," surprises lurk around every corner, ranging from choir accents, upbeat rockier songs, and soaring ballads placed strategically within the track listing. Going back to "Darkness"--a defining moment on the record and with a bloodcurdling scream leading the song to boot--the choir is perhaps the best indication of the level of songwriting prowess Jupiter has achieved with The History of Genesis because it seamlessly melds aggression and subtle vocal accents layered over the sonic texture of the guitar. Two seemingly polar opposites conjoin so well that one would be hard pressed to find a fault with Jupiter's choice--and instead only shower the band with deserving praise.

Likewise, the title track does the same, but ups the ante one or two times and becomes a winding labyrinth of music with an atypical song structure, squeaky clean synth, soprano vocals, harpsichord, violin, bright horns, and just about anything one could ever imagine. If cramming as much musical content into a concise eight-minute package became a goal of Jupiter's, they quite frankly succeed and should look fondly upon their masterpiece. There's nothing better than achievement--especially with musical cachet--after all.

Other notable moments on the record include the bat-shit crazy vocals hidden in "Sacred Altar," as harsh vocals transform into piercing falsettos, "Shining's" metalized Japanese rock, "B.L.A.S.T.'s" battering ram of an intro and verse, "Church Candle's" soloing brandished with Teru and Hizaki's unmistakable neoclassical guitar chops, and many, many more. Enigmatic as it is, Jupiter has dispelled the myth of a so-called sophomore slump and bested a chunk of Versailles discography at the same time. Is Versailles now obsolete? Should they remain defunct? You be the judge, but for this reviewer, the answer inches closer to "yes" with each subsequent spin of The History of Genesis.