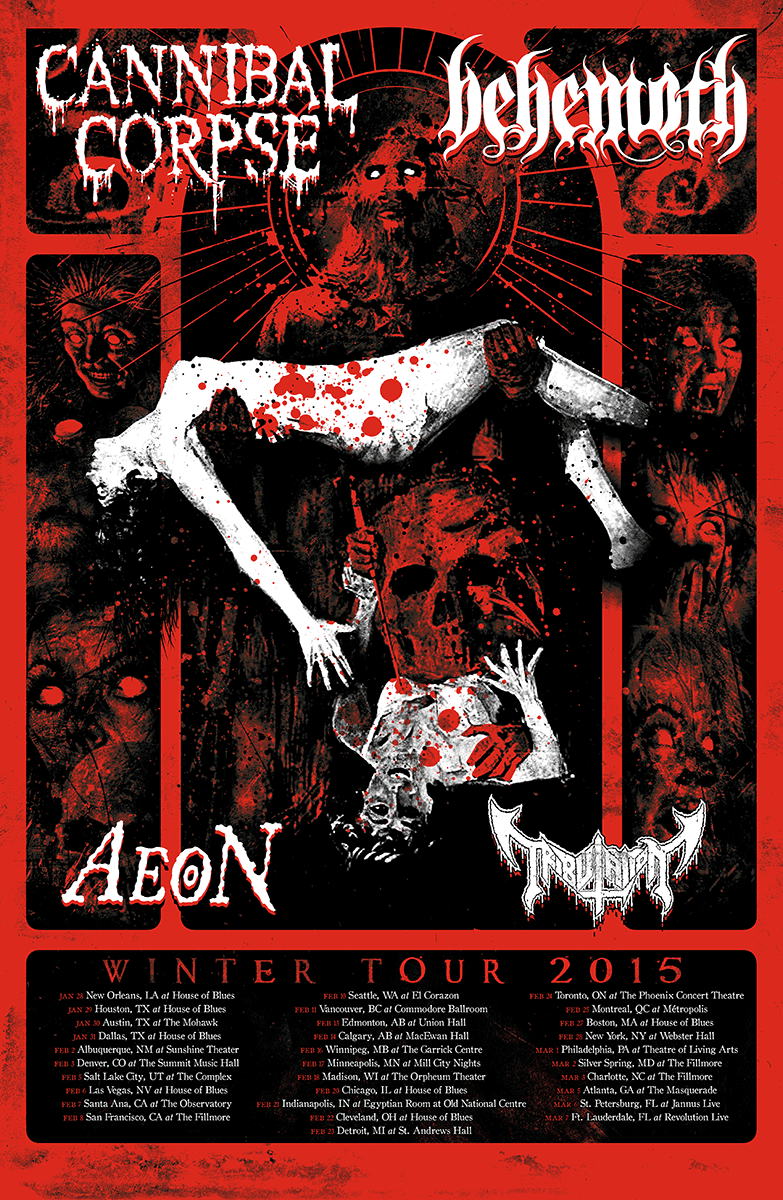 Long time no talk, eh? To be honest, I've been heavily reevaluating the direction in which to take TMA because four years have elapsed since I casually dipped my toes into the blogging world and watched my creation exceed my expectations.

Four years; can you believe that?!

Neither can I (Thanks for sticking with me!). What was once curious step into uncharted territory one college night became a regular part of my life and, ultimately, an outlet for me to express my thoughts on music. And fruitful it was, affording me with opportunities I never, ever thought I'd be fortunate enough to experience, not to mention enabling me to land other writing gigs on completely different topics.

But, lately, what was effortless began to feel like a chore and bit too familiar. I felt that, with each new piece--particularly album reviews--rehash was quite evident in my writing. And that's when I decided to take a step back to reevaluate the site, give it a new direction, and reboost once abundant creativity.

Just this past Saturday, I saw Cannibal Corpse, Behemoth, Aeon, and Tribulation and, to a degree, that helped revitalize my attitude toward TMA. In particular, what surprised me was Behemoth's ability to filch the headlining spot from Cannibal Corpse because, in terms of influence, few bands enjoy Cannibal Corpse's prominence and swag. They were a joy to watch on stage as years of trial and error had taught them how to balance professionalism and entertainment. And, of course, they were exceptionally tight and perhaps the tightest I've ever seen.

But by no means is that to discredit Behemoth. I found that they performed admirably well, and seeing Nergal revel in his passion after beating leukemia was inspiring. What Behemoth lacked, though, was Cannibal Corpse's sense of synchronization as a single musician. All the stage trickery, robed figures, and props in the world couldn't fix that--Corpsegrinder and company's years of practice and know-how really gave them the upper hand.


Why give up the headlining spot to Behemoth, then?

Well, I don't have any theories. It's no secret that Behemoth has grown tremendously popular in recent years, so that's my best guess. But I still find it hard to fathom that Cannibal Corpse played second fiddle to the Polish four-piece.

As for the other bands:

Aeon was very much the opposite of Behemoth and Cannibal Corpse--from the moment they walked onto stage, straight brutality (cliché, but true) and presence lit up the room with a fieriness only the most dedicated of metalheads fantasize about. This was a different kind of personality from Behemoth, too, because it wasn't passionate or particularly evil. Instead, it was calculatedly clinical and like a machine going through the motions. While their set was generally devoid of dynamics and variation--being comprised of blast beats tremolo picking, and chugged riffs--vocalist Dahlström let his presence be known as he viciously spat churning gutturals through the microphone between and during songs.

By that same token, opener Tribulation covered the other side of the spectrum and preferred to focus on precision and the horror-like nature of their music. The sections where numbers dipped deep into atmospheric interludes and organ passages exuded a creepy-crawly feeling and cast an eerie aura over the audience--which I found to be an excellent contrast to the other three bands' wall of sound. In the end, they were second only to Cannibal Corpse, in terms of personal enjoyment.

But was the concert worth the hard-earned dough? You bet. I crossed two of the biggest names in metal off my list and saw two acts I had little experience with--and even grew to love one of them past their exceptional debut, The Horror. Until next time, Tribulation. We'll meet again. And hopefully with Cannibal Corpse.