Dawnbringer's previous album, Into the Lair of the Sun God, was arguably the high point in the band's career, being praised for having all sorts of twists and turns that made the music a joy to absorb and pore over. With little indication, the instrumentals would morph from a drawn-out, distorted passage--with enough harmonization to make Iron Maiden jealous--into a clean acoustic section with chanted vocals. ...which was one of their biggest strengths.

2014's Night of the Hammer draws back the flamboyance, however, and is only similar in that it retains its traditional heavy metal flair. Much of the music is steeped in a primitive doom metal-based template that, for better or for worse, adds a bare bones feeling to the mix and helps enhance the patented Dawnbringer formula--that of big, basic hooks and memorable songwriting. Indeed, historically, the band has been known for particularly well-crafted choruses and melodies that retain replay value surpassed by very few in the business, and Night of the Hammer amplifies that by slowing the pace (which, in turn, makes the songs easier to follow).

Narrow House - "The Midwife to Sorrows"

Back in May, Narrow House and their second full-length, Thanathonaut, appeared on The Metal Advisor and received a positive to review thanks to varied and clever songwriting. Since then, the band has concocted one of the strangest music videos of the year, but the music itself still has the same melodic, doom-esque trudge to it that made me fall in love in the first place. Have a look below at the newest addition to the Narrow House library below. 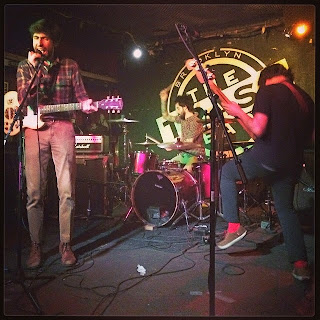 Although Brooklyn-based trio Mary Todd have quite a bit on their plate these days, they show no signs of slowing down. The band's debut EP, Scraping the Bottom of the Barrel, hit virtual shelves last month and, today, The Metal Advisor is excited to unveil their first-ever video in celebration of their success.

Entitled "THC/Consensual Cannibalism," the video combines two of the five songs from the band's EP and still manages to fly by in the blink of an eye. As their Bandcamp page proudly proclaims, Mary Todd knows how to shred and quickly--at just over two minutes, the video and music are short bursts of intensity, meaning you better make use of that replay button.

Look for a review of Scraping the Bottom of the Barrel in the coming weeks.

For more on Mary Todd, head over to their Bandcamp and Facebook pages. 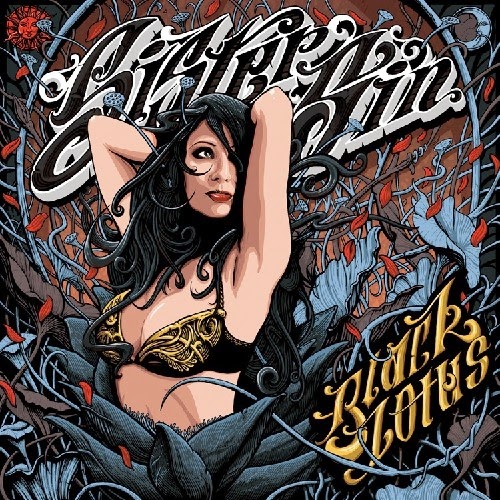 With Sister Sin's latest record, Black Lotus, now on shelves, I feel it's appropriate to direct you toward their newest video for "Chaos Royale." My thoughts on the record itself are generally very good because, even at their worst, Sister Sin is still extremely fun and worth a listen of two. Music like, say, Accept meets Motley Crüe needs no introduction, and I'm sure you can envision exactly what it sounds like.

I will say, however, that Black Lotus is experimental--by Sister Sin's standards--and breathes new life into their brand of music, which has remained largely unchanged since their inception in 2002. Orchestral synths are thoughtfully sprinkled over at least one track, longer instrumental sections appear here and there, and the material feels more mature than it has in the past. Songwriting has steadily improved, despite being a bit underwhelming at first, and a handful of stunners surface--"The Jinx" is almost bluesy in its approach to balladry, while "Count Me Out" is more or less typical Sister Sin, though amplified by 10 on the epic scale.

When Mark Reale succumbed to Crohn's disease in 2012, the metal world reeled in shock. Two months earlier, Riot had just released the well-received Immortal Soul, and the five-piece was on their way to the top, welcoming old-time mates, Tony Moore and Bobby Jarzombek, back into the fold. But when Reale suddenly passed away after slipping into a coma, all fame and fortunate suddenly flew out the window, causing the band's future to hang in limbo. Could Riot really go on without its most constant, founding, and essential member?

Many blurted a resounding "no," noting Reale's role in forming and maintaining Riot for the [then] past 37 years. He was the music's backbone, after all, and usually stood at the helm of decision making, guiding the band just as he would his own child (in many ways, it was). Taking a closer look at Immortal Soul, however, reveals a few startling facts, one of which suggests the band is perfectly capable of channeling Reale's spirit, while soldiering on in his memory at the same time. Only four tracks from the record bear Reale's signature guitar bite because his illness prevented him from entering the studio to indulge in his passion of the past three decades--a sad state of affairs, yes, but the dedication to record in the first place is demanding of respect.