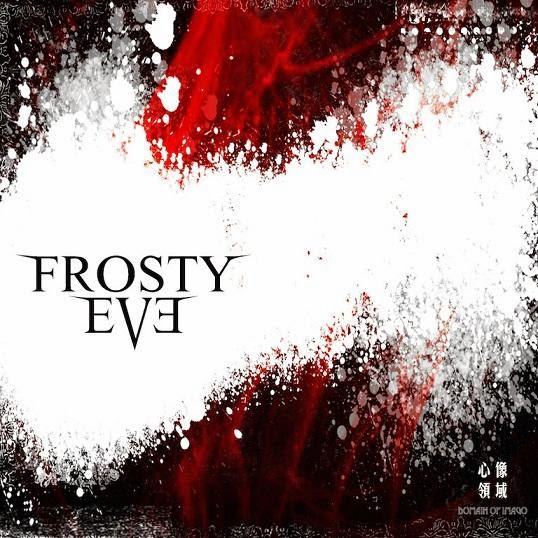 As much as we hate to admit it, the dreaded sophomore slump is a very real phenomenon. Case in point: a band may release an exceptional debut record, chock full of creativity and great songwriting, but come their second effort, all will go to hell. And, for Frosty Eve, that's very much the situation they're currently faced with. .... or is it?

Frosty Eve's second full-length, 心像领域 (literally translated as Like the Field of Heart), is what any serious music listener would classify as a grower. At first listen, the music isn't particularly inspiring, owing is prosaic nature to an energy-zapping production and instrumentation uncomfortably close to a band that the Chinese five-piece calls their biggest influence. But arm yourself with a shovel and a few hours of downtime, (yes, dig deeper and spend more time with the music) and you'll see that there's much more than meets the eye. The once-unimaginative songs begin to shimmer and sparkle, the vocals pop against the comparatively dull-sounding instrumentation, and the level of memorability fostered between listener and music grows stronger with each spin.

In a situation like this, bands rarely make a complete turnaround with listeners because, as the popular saying goes, first impressions are often everything. Shortcomings like a subpar production and seemingly borrowed songwriting aren't traits hardcore fans of a band want to see, and neither are they wonders for an artist's reputation, which is typically deservingly earned through hard work. 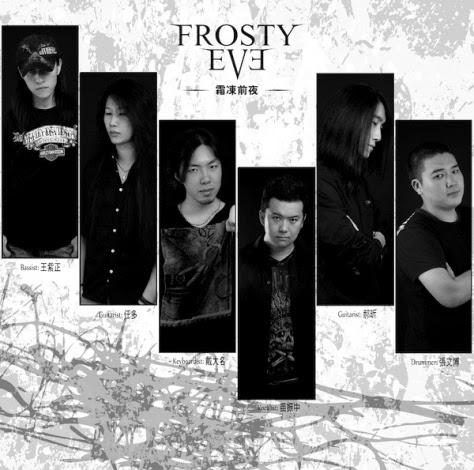 Is Frosty Eve as close to other bands, as suggested above? In some ways, yes, but in others, no. By nature, melodic death metal is a generic beast, pilling harsh vocals atop Iron Maiden-like harmonization and chugged guitar riffs, and Frosty Eve is no different in that regard. But as you use that shovel to chip away at the rugged rocks and loose soil surrounding the music, you'll uncover a distinct personality amid what's best described as by the rulebook.

Like other bands based in the Far East, Chinese instruments permeate a number of tracks, while a symphonic black metal-like synthesizer hoovers over the majority of the album. Along with the vocals, that's really what gives Frosty Eve their personality--while competently played, the guitars stay well within defined boundaries, as does the essentially nonexistent bass. Yes, you'll hear bits of Ensiferum, Children of Bodom, and perhaps even Insomnium, but when layered with raspy vocals and airy synth playing, the music becomes all its own--and distinctively Frosty Eve.

At the end of the day, Like the Field of Heart is an excellent record, despite underwhelming first impressions and taking--at the very least--three listens to start sinking in. Trust your instincts, however (or, rather, mine), because Frosty Eve is well worth the time--it just takes willpower to get past the production and relative familiarity of the music.

This is no sophomore slump.

Like the Field of Heart is available on October 11th via Mort Productions.