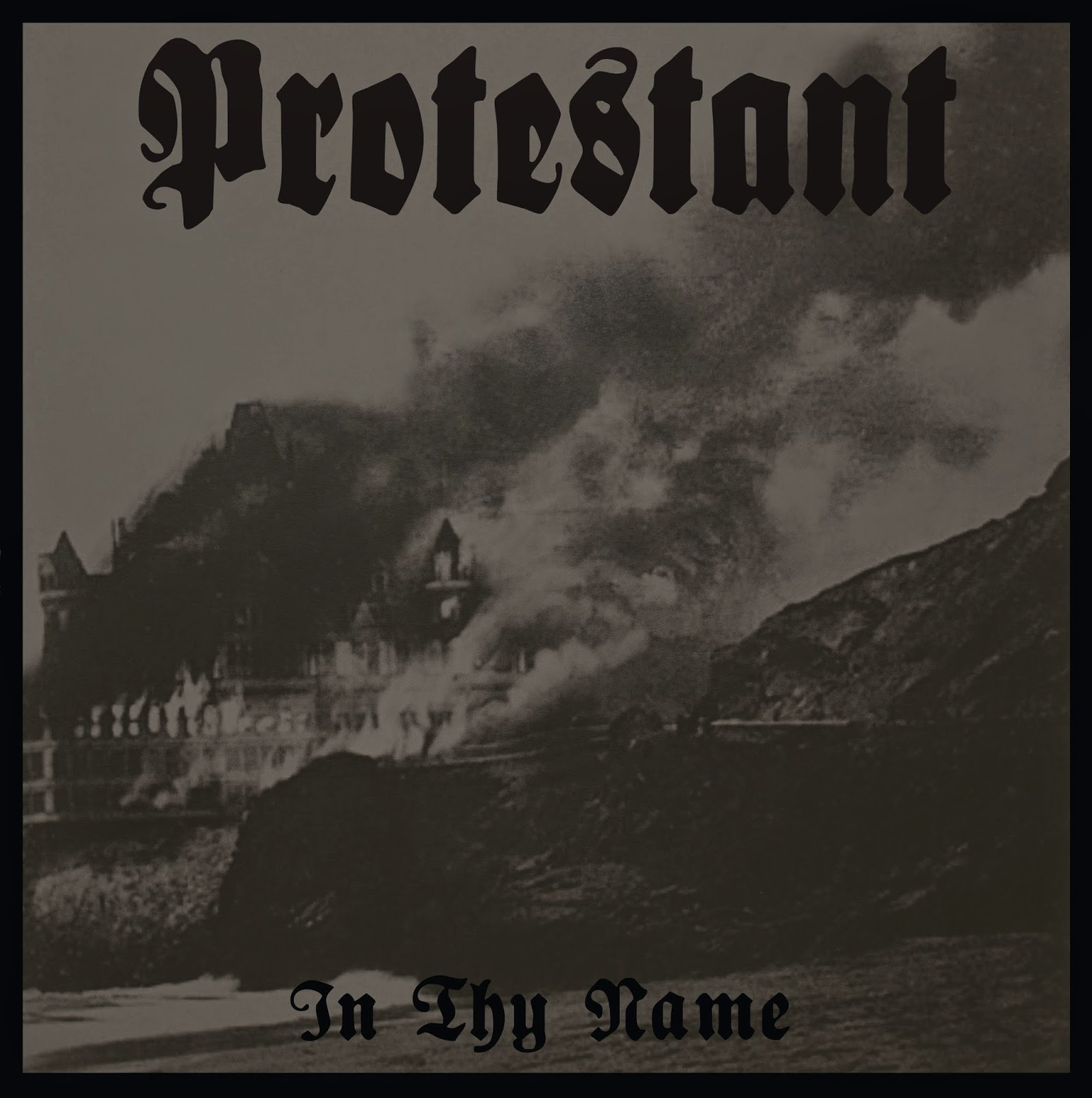 Last year, when Cory mentioned that In Thy Name would sound positively dark (interview here!), he wasn't kidding. The record is thoroughly blackened sounding, giving bonafide black metal bands a run for their money, and the music aggressively claws at the jugular of listeners, threatening to finish them quickly as it does them in one blistering track at a time. It's really quite an accomplishment because Protestant was already vicious. They just up the ante one, two--hell--even three notches.


As with previous Protestant records, there's a chaotic, grab-you-by-the-seat-of-your-pants feeling surrounding the music and, as long as the four-piece churns out new tunes, that's guaranteed. Big or small, regardless of a shift in style, that much will stay the same because it truly defines the band, their chosen genre(s) of music, and each composition. One can easily blacken a musical genre by tossing in a few tremolo-picked sections and diminished triads here and there, but it really takes a mastermind to make two contrasting styles coexist, as they tussle back and forth for dominance in the writing process.

And that's exactly what Protestant has done with In Thy Name, balancing hardcore punk and black metal so equally that one would be hard-pressed to notice two entirely different genres of music fusing together as one. The precise level at which both are intertwined is genuinely astonishing, and while it doesn't necessarily mean In Thy Name is Protestant's best record yet, it creates a convincing argument that the four-piece is on the rise, evolving with each new release--whoever said hardcore punk had no chance of progressing needed to get a clue. 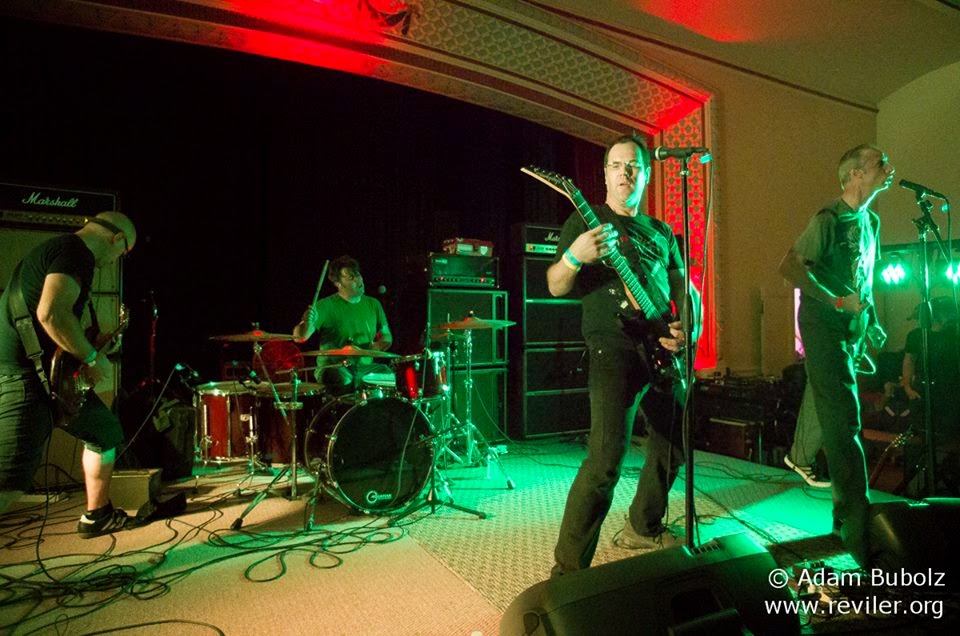 There's no doubt that blackened punk has been done before, but one run through In Thy Name is all it takes to confirm that the music is something fresh while still staying inherently Protestant. If experimentation is desired, keeping one's core sound in tact is advisable because it gives those opposed to change something to fall back on--Protestant has typically had blackened overtones spread throughout their music in the past, so the change is less drastic. Taking no prisoners, the music is savage--exactly as Cory and company intended with their inclusion of blast beasts and dissonant guitar riffs--and opener "Vengeance" immediately sets out to do just what its title suggests. "Carrion" melds pure aggression inside a fiery kiln, while "Never Forget" and later track, "In Thy Name/Hell's Insanity," enter full-on metallic territory. The rest of the roster is a particularly barbaric mix and match of hardcore punk and black metal, which very few words can describe, save for unforgiving, harsh, and ruthless. Is it inhuman in the way it attacks one's eardrums? Not quite, but it's damn close.