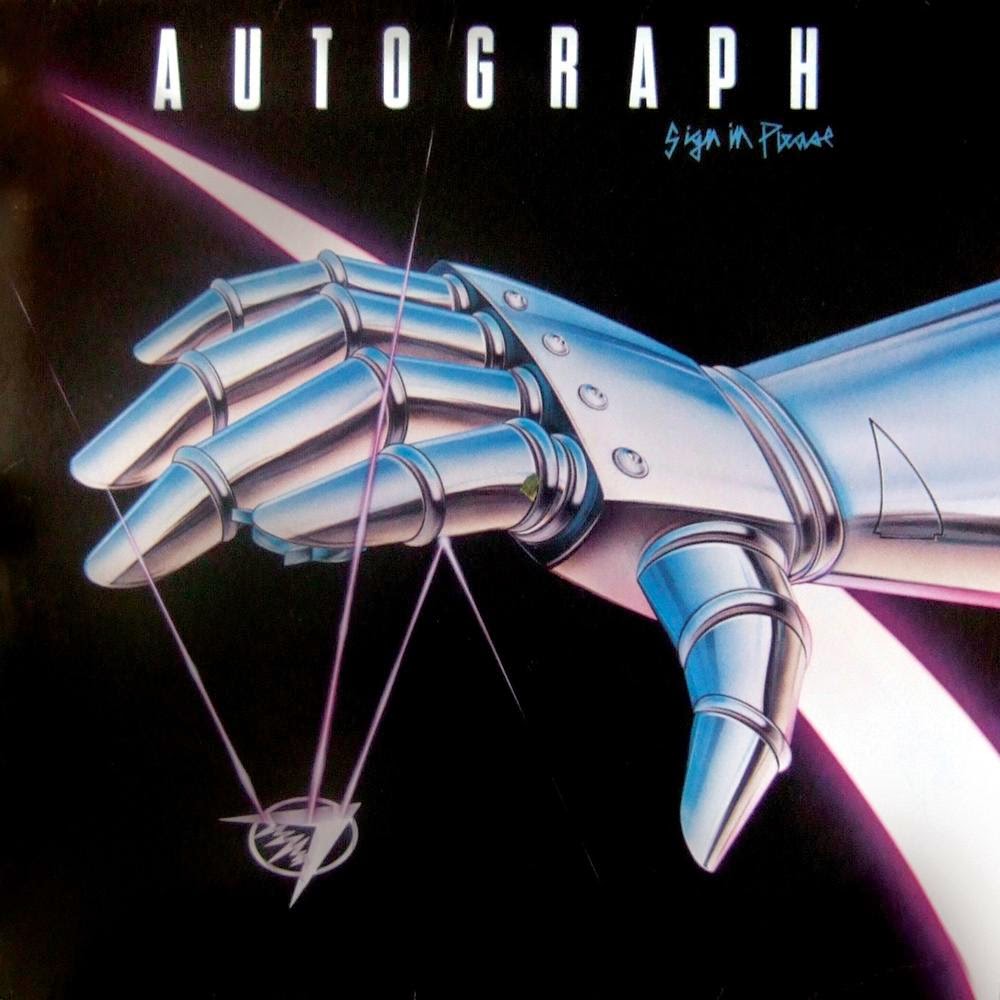 Bands like Autograph were, and still are, subject to vitriol by the metal community--in the 1980s, they occupied a space dangerously close to hard rock, but were often confused with metal by mainstream media, not unlike what occurs with -core music today. Of course, much of the music that incorporates -core influence is in no way, shape, or form metal, and the same goes for Autograph, being that they were essentially glam rock with AOR tendencies, high distortion, and lots of shredding guitar solos.

Autograph's 1984 debut, Sign in Please, was, unsurprisingly, the pinnacle of their career. Their best-known track, "Turn Up the Radio," gained momentum only a few months after its release, but fell shortly thereafter, when the five-piece's follow-up hit shelves a year later.

Autograph was, indeed, a one-hit wonder.

The upside is that their music--their first record, in particular--is a very good representation of what popular 1980s rock aspired to be, dripping with synth and scooped guitar crunch. The solos are excellent, too, as expected of a band of this nature.

And, 30 years after its release, Sign in Please holds up well. It just as catchy as I imagine it was back then and is surely a guilty pleasure for music listeners worldwide. As for myself, I'll continue to enjoy Autograph and their music openly without guilt. Sure, it's far from thought provoking, but it's a fun look back to a decade that I wish I experienced--metal, hard rock, glam rock, AOR, and all.

P.S. Check out the brilliant product placement for the Paper Mate pencil in "Turn Up the Radio's" video.