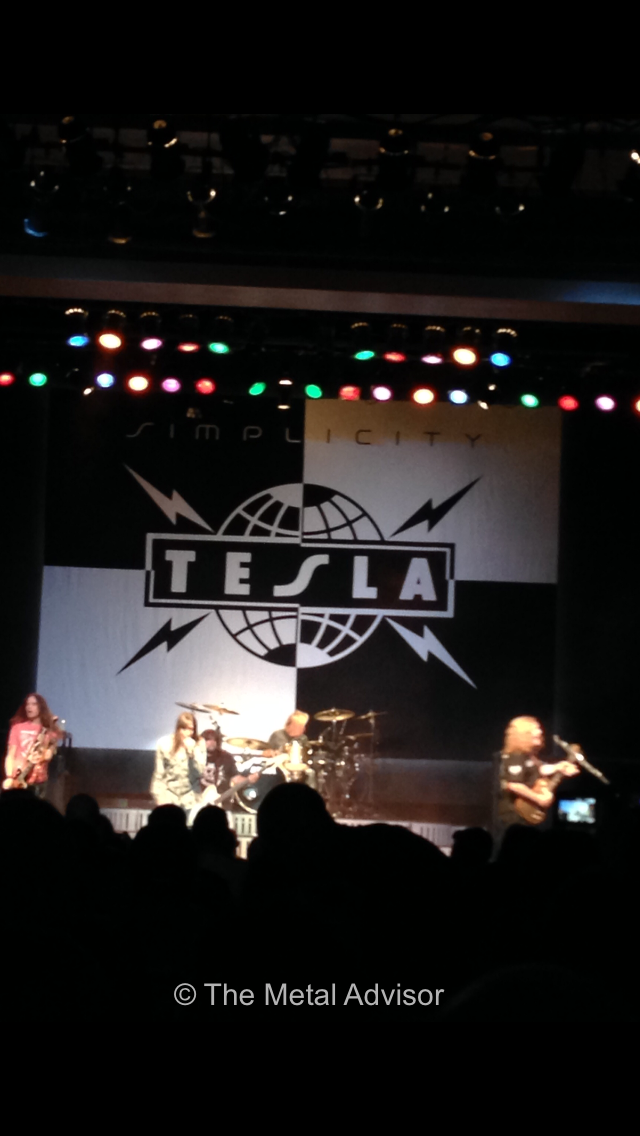 To be honest, seeing a concert in Old National Centre's Egyptian Room is never fun: it's often too hot, too packed, and the setup is so poorly laid out that you wonder how the lack of professionalism enabled the venue to book big acts in the first place. Knowing this, I approached Tesla's Friday showing in Indianapolis with trepidation, but in the end, I left quite pleased with their performance. For a band going on some 30-odd years of existence, they sounded remarkably good and let me tell you--Frank Hannon is one hell of a guitar player and Jeff Keith has maintained his vocal range exceptionally well.


But, despite that, the set list felt a bit subpar in parts. Lackluster numbers like "Signs," "Paradise," "The Way it Is," and "What You Give" marred otherwise great beginnings, and I would have liked to see "Edison's Medicine" and additional cuts from Into the Now, Forever More, and even Bust a Nut in their place. In my humble opinion, Tesla's later material has always been among their best and, even though the earlier work is what the fans want, being more adventurous with song choice is something I can certainly appreciate. Still, the band's composure and tightness made up for this and making the move to cross Tesla off the bucket list proved to be a worthwhile choice.

On top of the classic material and cuts from Into the Now and Forever More, Tesla revealed two new tracks, "So Divine" and "MP3." The former, in particular, hints at the great things just over the horizon, while the latter is, truthfully, a rather forgettable affair. Of course, I can't judge the new record, Simplicity--about a week away from release--from only two tracks, but I feel confident that it will be another welcome addition to Tesla's discography.

If I could sum up the night briefly, Tesla isn't a band to be missed, because they're entertaining, Jeff Keith is an excellent live frontman, and their musicianship never misses a beat. Tesla mentioned that they hadn't been to Indy in about 27 years, promising that they would return again in the near future--I certainly hope so because there's no doubt in my mind that I'll make it out to their next showing. Let's just hope it isn't at Old National Centre.

P.S. No great photos this time around. I opted to sit farther back for better sound.