Both Light Bearer's Laspus and Silver Tongue ended up being some of the last records I grabbed from Gogmagogical's distro. I've got to hand it to the man; he has a keen eye for good music, and I can accredit him with turning me on to a number of bands I had never heard of before, as well as one of my favorite labels, Halo of Flies.

With blind buys, I usually have an idea of what to expect before I make a purchase because I've done my research beforehand; and while that wasn't the case here, I'm nonetheless glad I took the plunge. Only after my purchases did I finally make an effort to look up Light Bearer, but my findings were still inconclusive, other than the fact that the music supposedly felt "atmospheric" in nature. As we all know, that can literally mean anything in this day and age, but I crossed my fingers and hoped for the best, as any potential fan would. 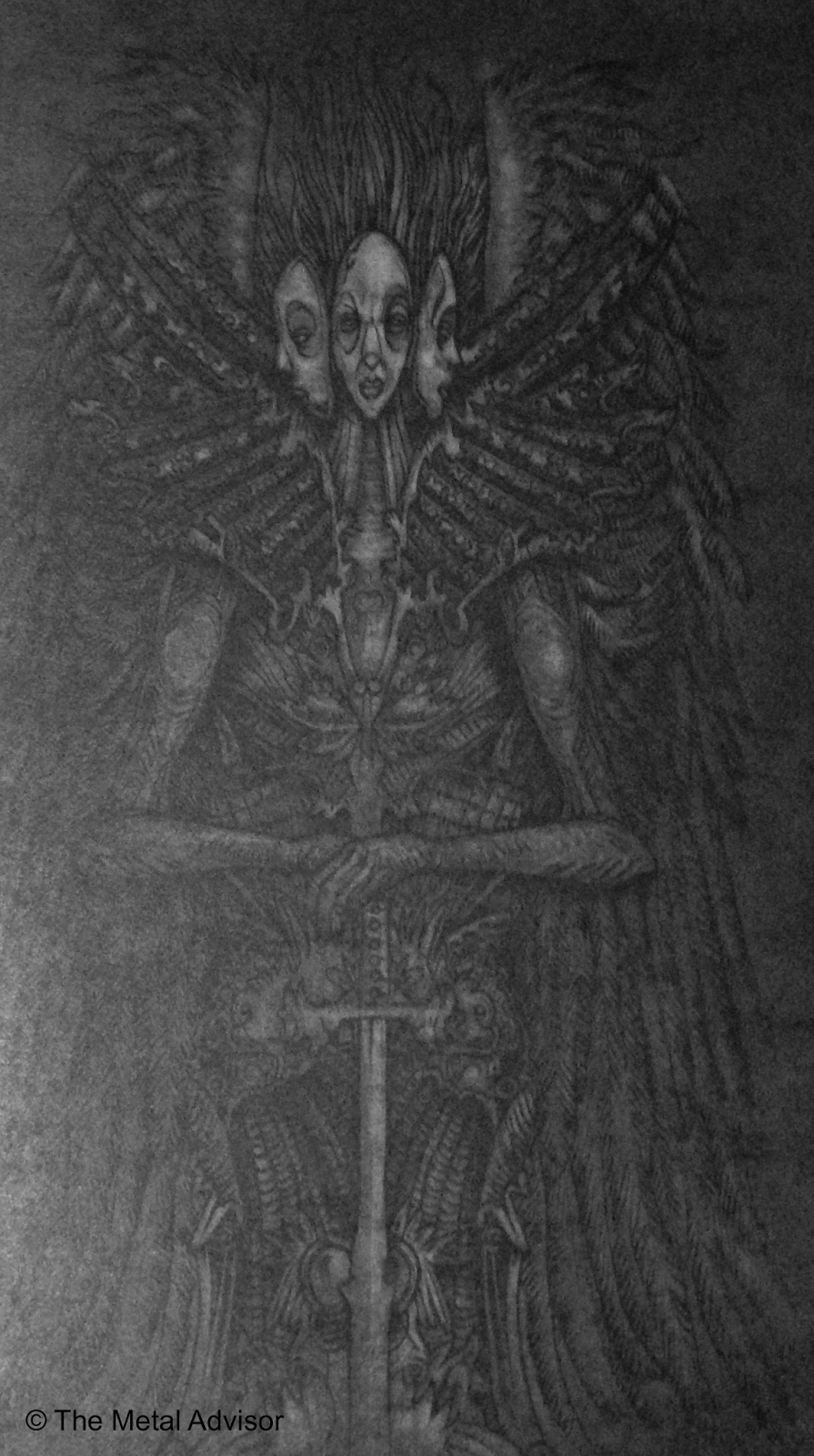 When the records arrived at my doorstep, I found myself blown away by their respective presentations: nice, thick jackets, large, detailed, and original artwork, and the music wasn't half bad, either. Opening up Laspus, I noticed that each record--it's a double LP, as is Silver Tongue--had its own stylized and unique slipcase, as opposed to the plain, white variety that I'm accustomed to seeing. Those are the sorts of details that really make me appreciate vinyl as a medium, because one isn't going to get that with the average release from a major label, which aims to rake in the most cash with minimal effort.

Silver Tongue's presentation is more or less the same, aside from a few extras--two pieces of paper displaying additional artwork. Now, I don't know about you, but that's another reason to collect vinyl. For instance, with a CD, you aren't going to come across that often, and even if you do, it's going to be scaled down to a much smaller size and less "viewable," if you know what I'm saying. In other words, I can frame Silver Tongue's artwork, put it on the wall, and gaze at it, which would look silly with anything CD-case-sized.