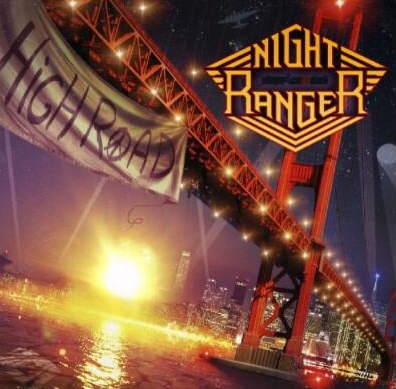 Yeah, yeah. I know Night Ranger isn't metal in the slightest, but their last two efforts have been extremely enjoyable--Hole in the Sun was one of my favorite hard rock records of 2007, in fact, and an album I constantly played on my daily treks to high school. Perhaps I'm a little sentimental about the record, but it is what it is.

On the other hand, I'm no fanboy of Night Ranger, because let's be honest--the band doesn't exactly have a golden track record, as far as their release history goes, and their discography has a fair amount of turds. Their upcoming full-length, High Road, looks to be one of those turd-y times, too. From what I can hear of the snippets in the background of their teaser trailer, the music sounds tired and devoid of distorted bottom end; and the guys just look like a bunch of old men trying to relive the glory days.

Of course, I could be totally wrong and would be overjoyed to eat my words. We'll see come June 10th. For now, watch the trailer below, and if you feel motivated enough, let me know your thoughts.