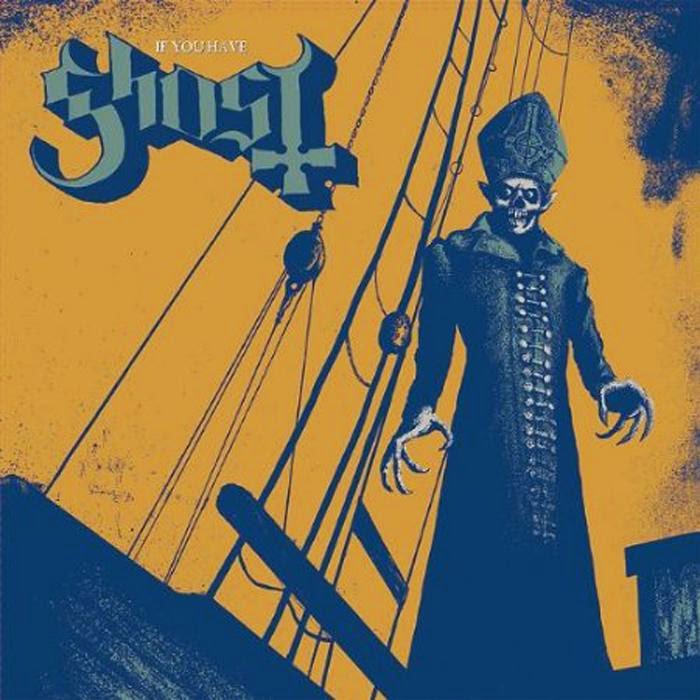 As a nutty bargain hunter, I can't resist a cheap album and, with the noticeable trend across Amazon for decreasing CD prices, sometimes I can't pass up cheapie, even if I know next to nothing about it. Ghost's silly, little EP, If You Have Ghost, which is filled with a number of pop songs gone rock, is the perfect example--although I felt rather indifferent toward the full-length that preceded it, at $7 a pop, the the album still seemed worth the risk. Worst come to worst, I was out only a few bucks and could gift the CD to a friend.

If You Have Ghost is really that accessible, too. If you thought the original songs, composed by ABBA, Depeche Mode, and others, were catchy, Ghost will make you tap your foot, as you happily hum along, and bob your head all at the same time; for an act that claimed fame as a throwback metal/rock band stuck in the 1970s, embracing modern hooks was key to their longevity, and injecting those into these old "classics" certainly helped to cement their place in contemporary music. If you wrote Ghost off as a passing fad, I think you'll be mistaken.

But if we return to the EP itself, the ABBA and Depeche Mode covers, "I'm a Marionette" and "Waiting for the Night," originally appeared as bonus tracks on Infestissumam, making them somewhat superfluous. The only brand-new content here is the Roky Erikson and Army of Lovers' songs, "If You Have Ghost" and "Crucified," as well as a live rendition of an original Ghost track, "Secular Haze."

So, if you've already heard the bonus tracks, this may or may not be worth a purchase. At seven big ones, it's certainly not a bank breaker, but it is, indeed, money that could be put somewhere more worthwhile. And, if I'm being totally honest, If You Have Ghost, is not a spectacular release; in fact, it's rather forgettable (in spite of being catchy), powerless, and I might even go as far as saying it's a radical departure from the occult-feeling, metallic aesthetic of their debut. Instead, the material is watered down, clearly made for the mainstream market, and that's not always a good thing.

The Verdict: Despite the EP's small price of admission, purchase at your own risk or at least know what you're getting into before dropping the cash. Regret is the farthest thing from my mind at the moment, but I can tell you that I don't like the direction Ghost is going in. If they keep this up, their debut, Opus Eponymous, may be their only great release.