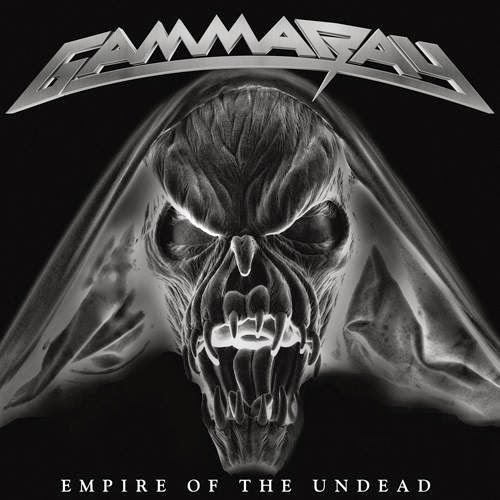 Often compared with Helloween--and rightly so, considering the "historical" ties--Gamma Ray once again rides on the coattails of a bigger and more storied brother. Like a popular high school student who everyone likes regardless of whom one chooses to associate with, Helloween is welcoming and amicable, which are excellent traits and a good reason why they've enjoyed success at capturing fans over the years. Gamma Ray, on the other hand, is noticeably jealous of this success and attempts to catch a sliver of fame each and every time the opportunity presents itself. The resemblance between the two's music is painfully obvious as a result, especially when Gamma Ray shamelessly borrows melodic hooks, not only from Helloween, but from other bands as well.

Remember: the situation above is entirely theoretical...kind of.

For a newer act, lifting a melody here and there isn't necessarily a bad thing; it provides a foundation to work with as they attempt to find their musical identity, and it helps listeners potentially relate to their material more quickly. For Gamma Ray, however, this isn't in any way, shape, or form to their benefit, and it's not easy to forgive because they're 25 years into their career and a band many bestow with veteran status.

Their newest record, Empire of the Undead, is littered with all sorts of melodies reminiscent of other bands and, from the moment the album opens up, gives an uneasy feeling of plagiarism or, at the very least, subconscious borrowing. Entitled "Avalon," the opener punches heavily at Iron Maiden's "Isle of Avalon"--mainly during the lighter sections with vocal melodies too close for comfort--and gives pause that The Final Frontier may or may not have been playing in the studio. An oh-so-obvious look at their titles also reveals close relation: "Avalon" versus "Isle of Avalon?" That really tells all. 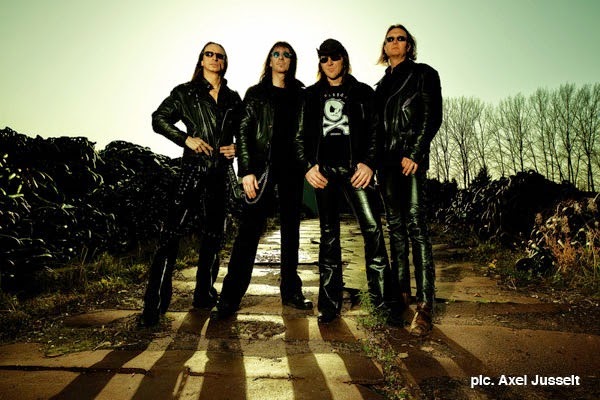 Of course, Helloween's influence on the record is much stronger than Iron Maiden's. Pieces of "Master of Confusion's" chorus mirror a recent Helloween track, "Who is Mr. Madman?" and constantly remind that it's a cinch to claim a melody as one's own. Since the advent of popular music, this trade and swap of ideas has admittedly been quite prevalent, but with melodies as unique as in these particular Iron Maiden and Hellloween songs, it's noticeable right away, especially if one has spent a considerable amount of time with their discographies.

But that doesn't mean Empire of the Undead is 100% plug and play from other bands because that's just not the case. "Hellbent" and "Empire of the Undead," for example, sound as if they were pulled straight from Helloween's Walls of Jericho days and position themselves in the track listing as a blast from the past, swathed in mid-eighties speed and proto-power metal aesthetic. And although they predictably look to Helloween for inspiration, this is expected--Kai Hansen began his creative journey with that album, after all, and likely had a large part in making Walls of Jericho what it is today.

Aside from "Pale Rider" and "Born to Fly," which hold incredibly catchy and addictive choruses, the remainder of the album isn't as memorable, unfortunately. Apart from "Demonseed" and a hearty helping of start-stop riffing, the back half of the record feels, for lack of a better word, forgettable. "Seven" and "I Will Return" should make for decent listens with their uptempo grooves, but the execution is lackluster, and "Time for Deliverance," a ballad, is oven fodder at best. Perhaps it's best to describe the three as filler.

Like Helloween's latest album, Straight Out of Hell, Empire of the Undead is relatively hit or miss as a whole. Depending on the listener, the nod toward Iron Maiden and Helloween will either be an overwhelming positive or a dark and dreary negative, but one thing's for certain: there's material here to enjoy and anyone who says otherwise needs to spend more time with record. Yes, Gamma Ray is perpetually in Helloween's shadow, but that doesn't mean they can't have their share of gems here and there, too.