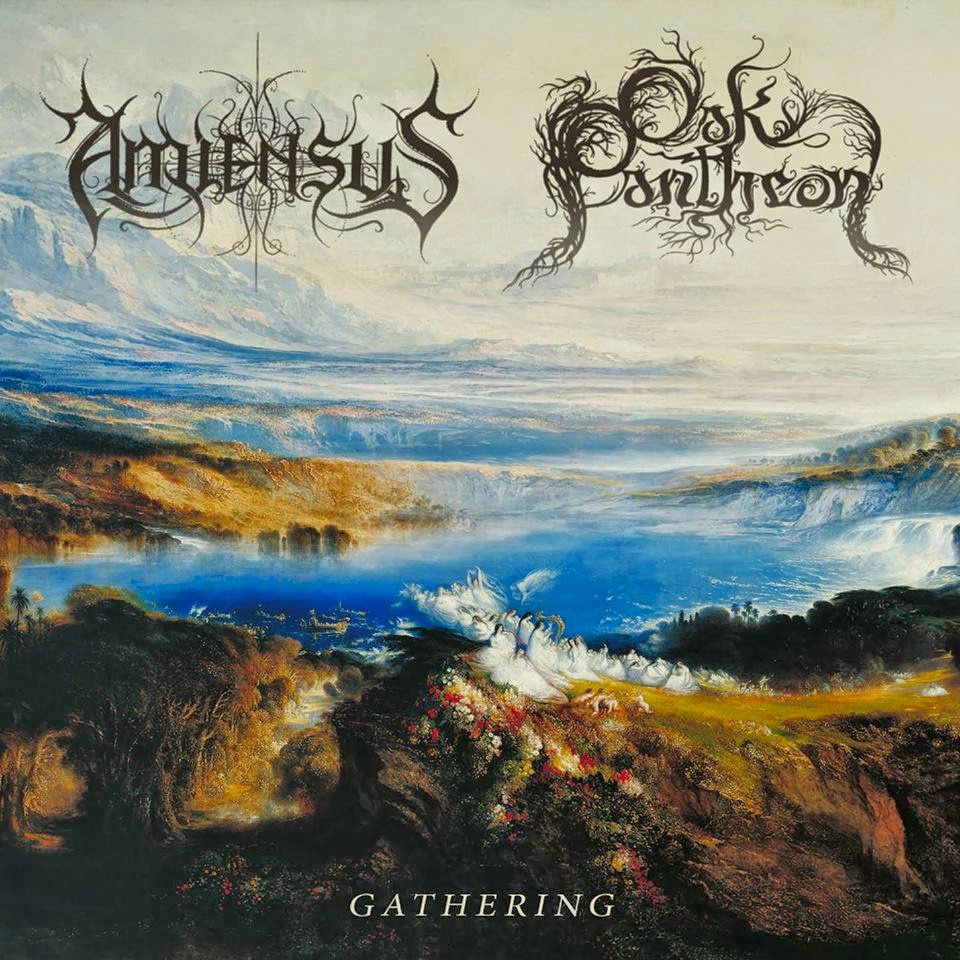 The split: a format that's either a half-assed afterthought or a savory sampling of a particular band's sound. For Amiensus and Oak Pantheon and their split, Gathering, the latter is clearly the case, because the music flows freely, atmospherically, and passionately; it's almost as if both tracks are an artistic reflection on a past event in each band's lifetime, as they explore depths unknown to any musician looking to make a quick buck.

And if one concentrates on the fluidity of the split, it's easy to get lost in the music, floating atop a cloud in a dark, forlorn sky. Not unlike Agalloch, Oak Pantheon progresses slowly, but surely, adding layer upon layer as the two-piece's contribution to the split advances in length--"A Gathering" is a melancholy affair, fit for only the dreariest of days, as one is enveloped in personal thought and meditation. From the string-plucked opening to the burst into a "She Painted Fire Across the Sky"-type riff, the song oozes quality and reminds that not only Agalloch can run with an atmospheric black metal formula and succeed.

Like Gallowbraid, a project in vogue a few years ago for similarities to Agalloch, Oaken Pantheon's music is simple but effective. At most, a simple three-chord pattern is needed to create the track, and then the musicians build from there, piling on layers of somber instrumentation; which is key to Oak Pantheon's seamless writing, because the song feels familiar the whole way through, even as new parts are added.

On the other hand, the split's first track, "Arise," is very different, in that it favors a more complex arrangement with tempo changes and overblown instrumental sections. Amiensus incorporates everything from synthesizer to delicate acoustic guitar to a combination of harsh and clean vocals--making the song feel like a prolonged sonic journey--and while the writing is certainly not as catchy or as memorable as Oaken Pantheon, it is a very good track for this split because it offers contrast.

The verdict: Chock full of melodic goodness, Amiensus and Oak Pantheon couldn't be better split partners. Splits often fall short, beacuse the two bands don't mesh with one another, but that's not the case here, even with the contrast between the two. It's the kind of contrast that compliments--as opposed to bringing down the entire release--and for Gathering, that equals a winner.