Overheard at the Coffee Shop: Vesperia's An Olden Tale 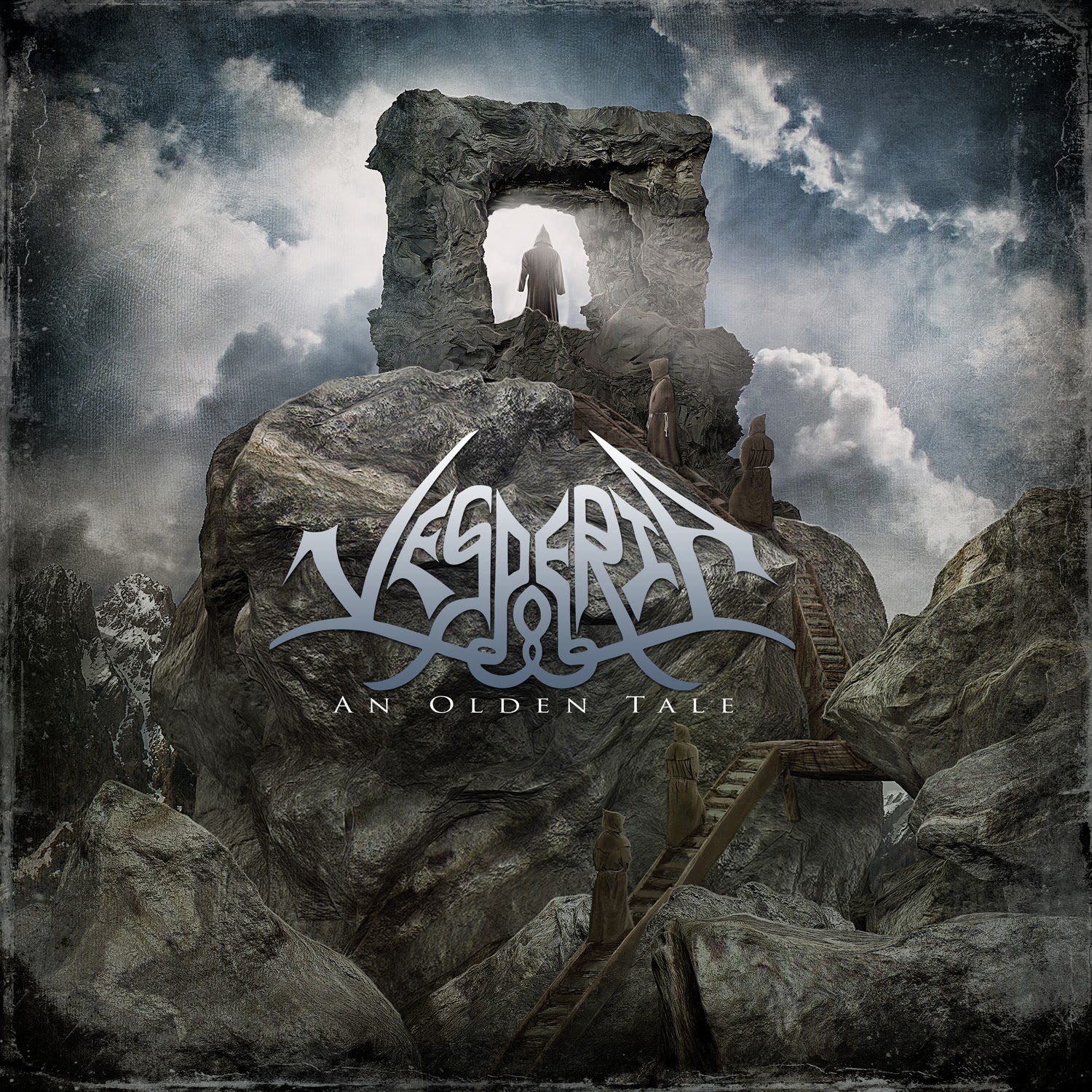 On a whim, a friend (who is teaching English in China) and I decided to make a habit out of exchanging emails about music. Not knowing what album to pick for our first trade-off, I dug through my inbox and found Vesperia, a folk metal band from Canada, who had sent me a message about their latest release, An Olden Tale.

We want to keep this first exchange basic, but the plan is incorporate full-fledged articles, discussion, and really anything that strikes our fancy down the road. And, of course, we'll try to do this fairly regularly. Our goal is to keep the exchange casual, but organized, and not unlike something you might hear two dedicated metalheads discussing at your local coffee shop or cafe. Seems unthinkable, right? Well, it has happened. Trust me.

With that said, let's get to the good stuff.

I’ve finally had a chance to sit down and get my thoughts out on paper, which I apologize for delaying so long. When you said you were sending some epic tunes, I didn’t realize I would have to ready myself for the next war galley leaving harbor.

I really enjoyed the second song, "With Omens of Sorrow," and believe it carries enough of an intro that they [Vesperia] could do without the original intro [at beginning of the album]. "With Omens of Sorrow’s" intro definitely gives the impression that something bad-ass is just over the horizon, which proves true shortly thereafter. As great as that second song is, I really couldn’t get in touch with the vocals. There are three vocalists, I believe, and the only one I enjoyed was the clean, Volbeat-esque voice (reference the last song). The other two were a struggle to listen to. The deepest voice of the two had a mix between a squeal and guttural that was just too much. When the other joined in, I simply lost interest in hearing the vocals at all.

My distaste for the vocals allowed me to focus a bit more on the music in those sections. I will say the music is awesome, but I have a few unconcluded thoughts. I’ve always had a tongue-in-cheek interest in folk metal, but the symphonic bits in this album really grab my attention. I think Vesperia executed that aspect tremendously throughout. I’m still not sure how I feel about the overall flow of the album, though. There were many times I felt like I was listening to the same song. It seemed as if the speed of the guitars and drums didn't vary in many vocal sections. I’ll save any conclusion for another couple spins. Looking forward to hearing your thoughts.

So, I had some thinking to do after reading B's message. Funnily enough, my thoughts weren't far off from his, and I found myself agreeing with his assessment of the record for the most part. The musicianship is great, but the compositions could use some work--well, a lot of work.

Excellent first impressions but, unlike you, I can't find anything that sticks with me after listening to An Olden Tale. I can't deny that the music feels epic, but it has all been done before. Plus, the vocals aren't exactly my cup of tea because their tone and sonic texture (#nerdtalk) grates on me. Pig squealing, however little, can go jump off a cliff.

It's easy to forgive a band that doesn't stand out if the music is well composed (transitions, hooks, melodies) and flows nicely, but that's not the case here. I'm not saying Vesperia is awful--because they're not--but they just don't do anything for me.

Think of USDA grades of beef: Prime is the best, unsurpassed and unmatched. Commercial is "average," but still not great. Canner is the worst; utter shit and something you don't want to touch. Vesperia is probably commercial grade for me. I don't mind their music, but I wouldn't listen to it unless necessary.

What I find interesting is that the band is from Canada, and one would normally expect music like this to originate from Europe (Scandinavia, anyone?).

I'd like to reference specific songs from An Olden Tale for you, but I can't think of any off the top of my head.

Ha! Your analogy with the beef is perfect. I couldn’t agree more.

The vocals have yet to grow on me and, at this point, I doubt they will. As I said before, I can’t tell if they’re squealing. It might be the tone and texture as you say. Regardless, the vocals fail to keep my interest. I’m still satisfied with the symphonic sections, but I don’t think the album has much variety in tempo or style, and the variety it does have fails to grab my attention. I don’t want to say the music is bad, but there is nothing here that jumps out besides the second song. As a matter of fact, my biggest "beef" with this album is that all the songs sound the same. If this were on in the background, I doubt I’d recognize a song change.

I don’t have much else to say at this point. I think it’s good music, but not an album that stands out for me. 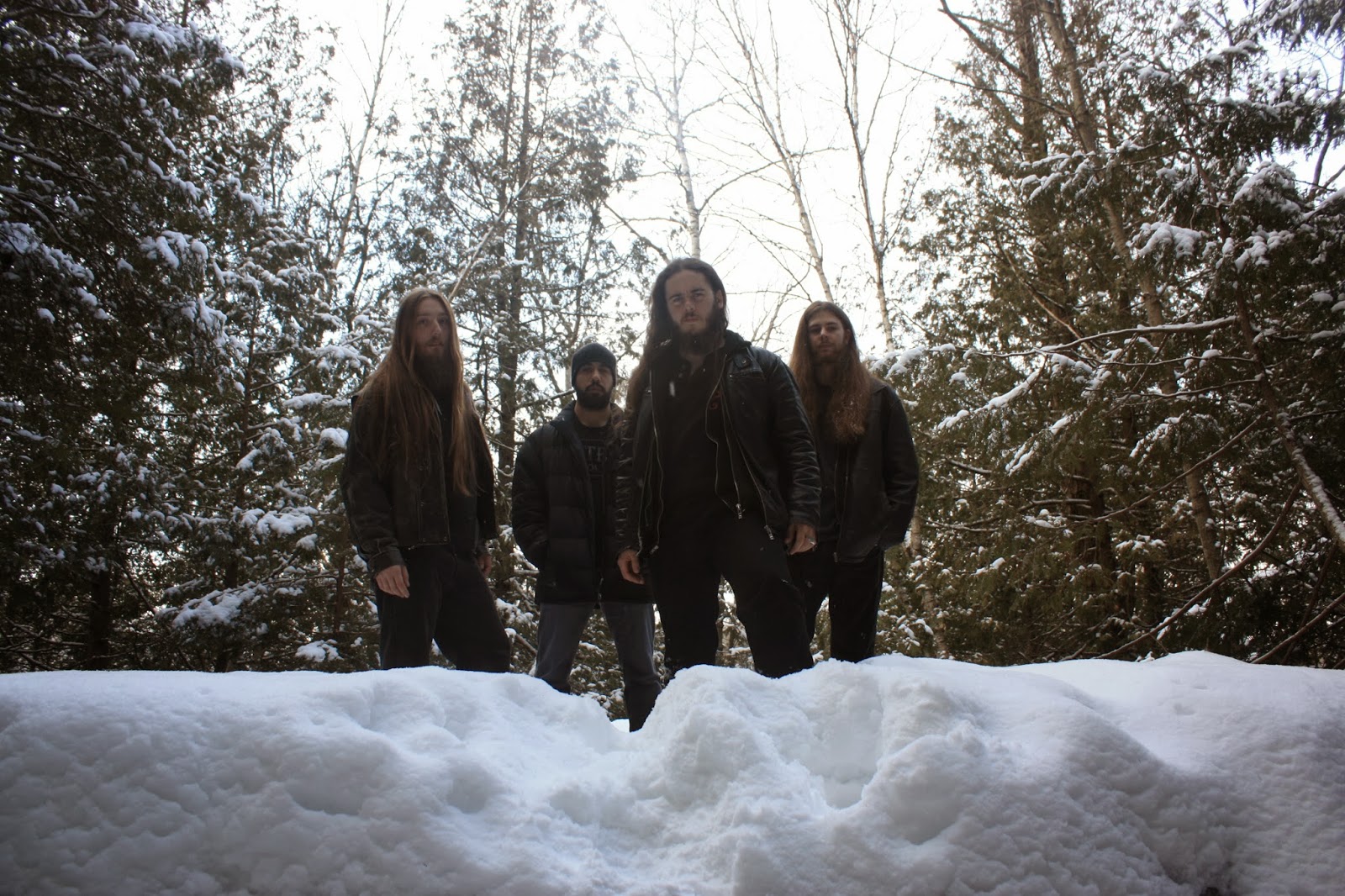 A few minutes later, B sent over a brief thought.

Oh, I forgot to mention something. "An Olden Tale" is a waste of space on that disc. They could have written another song in the time it took to record the nonsense in the latter half.

And you know what? I agree, because I struggle to recall that track, despite its staggering length.

Although I didn't exchange another email with B, the one I sent sums up my thoughts pretty well: the record is decent for a new band, but painfully average when placed next to the folk metal greats. Unfortunately, nothing stands out, the compositions aren't particularly memorable, and the concept is tired.

To be fair, folk metal is played out at this point and not much can be done to liven up the formula. The standard "let's get some folk instruments, play folkish melodies with distorted guitars, and write lyrics about mystical concepts" isn't all that unique anymore, so most bands playing this style of music aren't going to bring anything new to the table. The one exception--for me, at least--is that, if it's genuinely good music, I'm not going to care if it has been done before.

Let's just end this by saying An Olden Tale could use quite a bit of polishing.