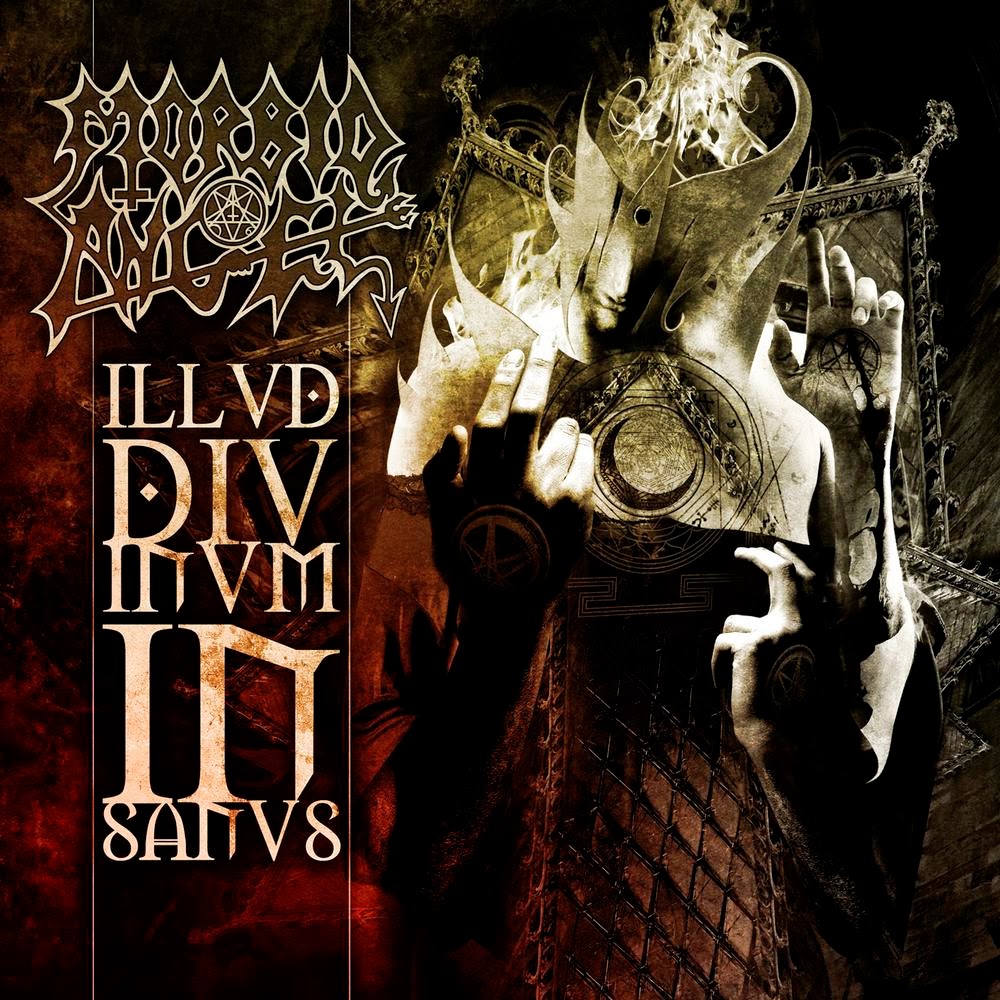 No, seriously. Bargain bin this shit. If you can get it cheaply--from the forgotten, dusty bins in a record store--go for it.

It wasn't long ago that I was one of Illud Divinum Insanus' biggest detractors, but I'm admittedly coming around. There's a fun, give-no-fucks attitude about this record that I'm learning to appreciate.

When you do a 360 and play a completely different style of music, not giving a shit about alienating your entire fan base in the process, well, that takes total balls--balls I certainly wouldn't have if I were playing in a big-time death metal band.

The track roster still has its death metal moments, but the rocking, groovy, and industrial-ish stuff is what stands out for me--and drives 99% of Morbid Angel fans away. The much maligned "Radikult" is kicking my ass as I type this.

Need I say more? Well, I probably shouldn't, but I will.

Even "Destructos vs. the Earth/Attack" is interesting in its own people-tell-you-that you're-special-but-don't-really-like-you kind of way. I realize that that makes no sense at all. My reasoning is that the song is so bad that it's awesome, but I may be blinded by the fact that I grew to enjoy it by watching this video an amount of times that I'm not comfortable disclosing.

I mean, shit. Radikulting is even a thing now. You HAVE to appreciate that.

Whatever. I'm going to go back to spinning Illud Divinum Insanus because I like it for what it is: an experimental moment (or an awful lapse, depending on the person you ask) in Morbid Angel's career. Is that because I've lost all respect for Morbid Angel or because I have no expectations anymore? I couldn't tell you, but my advice is to never fight what the brain and mind want. I'm just along for the ride, enjoying it while it lasts.