Is the Church of Metal Still Holy? 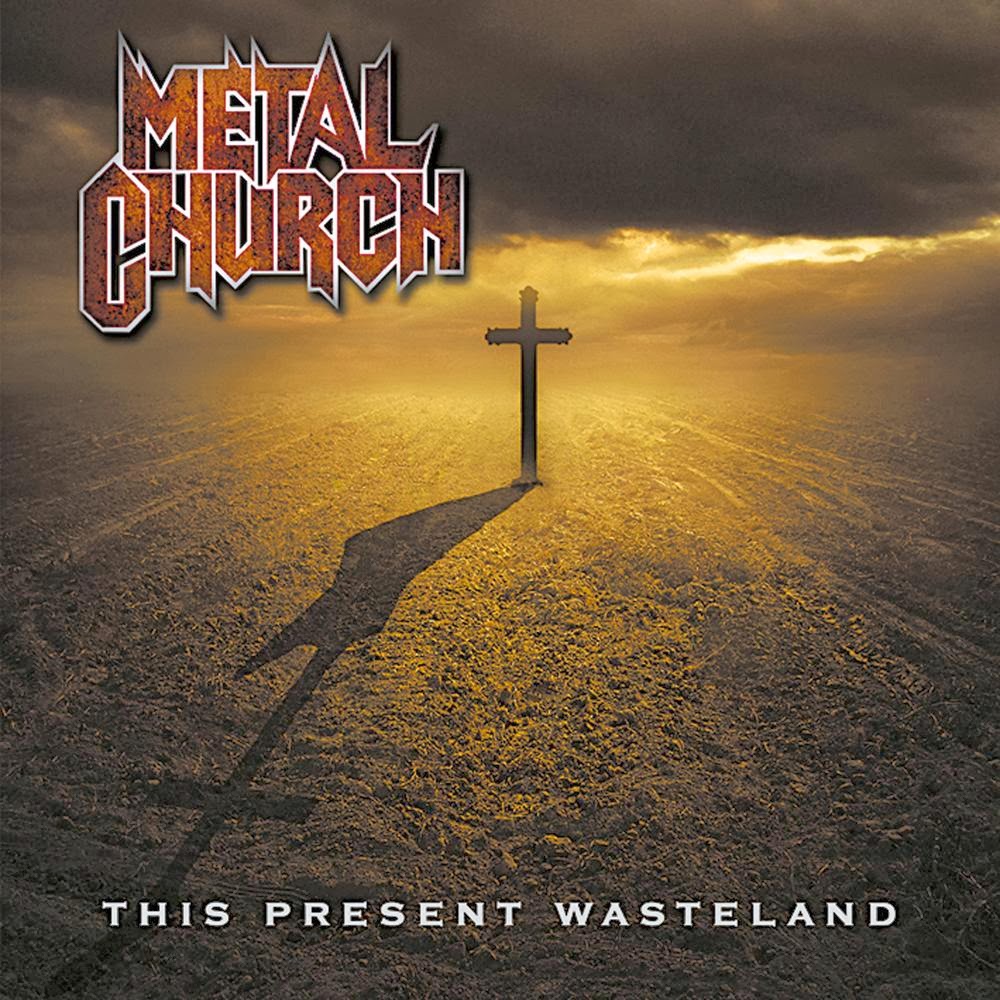 Truth be told, I lost quite a bit of respect for Metal Church upon their 2009 break-up. The rumored reasons were silly: their (then) latest release, This Present Wasteland, sold 920 copies in its first week, which is abysmal, but not something to call it a day over, if you truly love making music.

Of course, it didn't help that their record label, SPV, filed for bankruptcy, either. Without a label to publicize the music, promotion for This Present Wasteland was limited at best and another heavy blow to Metal Church's morale. The situation looked bleak, no doubt, but because the band kept a tight lid on the actual reason for their break-up, one can only assume that lack of promotion, coupled with poor album sales, was the final nail in the coffin.

In 2012, Metal Church reunited, hoping to put their plight behind them. But, understandably, many were skeptical. Would they be the same? Would they still release quality music? Money had, after all, wedged itself between Metal Church and their art, which is any successful musician's nightmare. Music should, first and foremost, be played for personal enjoyment, not monetary gain.

I certainly understand that studio time requires money and musicians desire to recoup those costs, but like other hobbies, making a profit and/or recovering expenses isn't always feasible. The primary reason for, say, collecting vintage wristwatches, trading cars on a regular basis, or even running a small record label isn't about money; each is about the satisfaction and pleasure one gets from them, which is worth every penny.

Music is no different.

Today, very few metal bands perform with profit in mind. Even fewer make it big. Since the 1980s--arguably metal's heyday--metal's mainstream presence has been miniscule. The Internet surely accrues interest in artists and their music, but that's only a tiny slice of the pie.

In other words, the real world is much different. What's popular in cyberspace isn't necessarily popular in real life and, nine times out of 10, isn't as well known as more accessible music. Aside from the big names--Metallica, Black Sabbath, Iron Maiden, Slayer--the majority of metal music, for better or for worse, is a niche interest. Metal just isn't a lucrative style of music, no matter how you look at it.

After their reunion, Metal Church released their tenth studio record, Generation Nothing, in 2013. Like This Present Wasteland, promotion has essentially been nonexistent, and the album continued to evade me for months until I recently added it to my cart on Amazon. To my surprise, the material is strong--the guitar riffs are lively, Ronny Munroe's vocals sound rugged, and the production is crisp, in comparison to the previous two albums.

But I still can't help but think about Metal Church's 2009 break-up. I'm not normally one to dwell on the past, but I'd like to know why one of the bands that sucked me into heavy metal all those years ago decided to suddenly call it a day--they did deny SPV's collapse and poor album sales as primary reasons, after all.

Don't get me wrong: Generation Nothing is a solid effort, but it feels like an attempt at recovering lost ground--needlessly lost ground, that is. If music is truly a passion, money and album sales shouldn't matter; composing, recording, and playing music more than pays for itself with personal enjoyment.

I obviously need to let Generation Nothing sink in a little longer. It's a very listenable record, but I don't want to jump to any conclusions too hastily. ...although it seems I already have.

Just some food for thought.