Thanks to That's How Kids Die, I stumbled across Benighted last week and left the site extremely impressed, despite my disdain for the vocal-lead opening of "X2Y." You see, being an avid death metal listener, and being of the old school mindset, I prefer deep and vicious gutturals like the sub-genre built its reputation on. And while Benighted has those in spades, because the music is one part grindcore and one part death metal, the hardcore aesthetic often overshadows the latter and can spoil an otherwise great listen. But like anything else, with repeated spins, growing accustomed to the angstier side of hardcore isn't out of the question--at least for Benighted--so I was hopeful  I could learn to enjoy the music down the line.

Indeed, of 2014's current release roster, Carnivore Sublime is one of the most demanding albums available because it takes experience with multiple styles of extreme music to understand. As That's How Kids Die put it, "...Benighted write songs like a brutal death metal band that doesn’t know they’re a brutal death metal band." Based on the fact that the French five-piece composes music without style in mind, and in this day and age--especially with the Internet being riddled with genre Nazis--I couldn't agree more and think it's fantastic that Benighted pushes limits in a stagnant sub-genre, in spite of how great musically it is.

The production is largely to blame for the album's demanding nature as well, because it helps each style blend seamlessly into one another. The guitar's meaty, thick distortion, the drum's blistering stomp, and the bass-heavy focus brings the range essential to extreme music and puts Benighted on the map as a force to be reckoned with. The crafty songwriting--stringing together fiery riffs, backed by ferocious blast beating and triggered double bass--is nothing to sneeze at, and in all honesty, quite respectable in modern, extreme music. 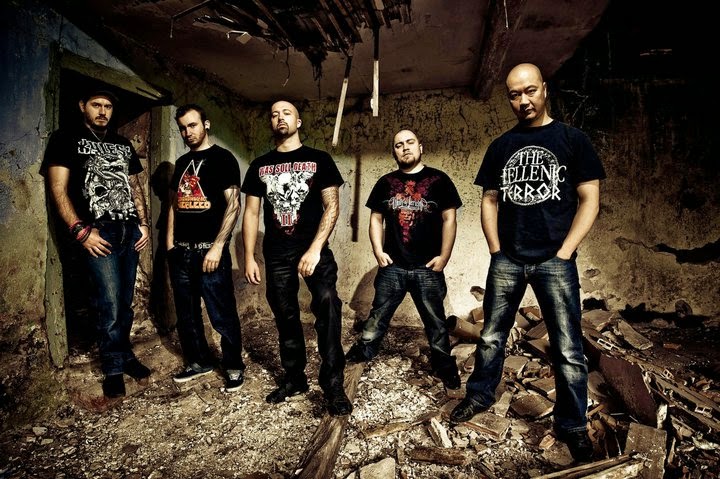 But if we take a moment to refocus on the harsh vocals, nearly every style imaginable is alive and well on Carnivore Sublime. From angsty (though rare) screaming, to the classic hardcore shout, to the deep death metal growl, to the raucous brutal death metal squeal, to the archetypal black metal rasp, Benighted's devotion to breadth of extreme music is clear; and much welcomed, for those seeking a record with the ups and downs associated with the proverbial listening roller coaster.

Dealing with psychology, lyrically, Carinvore Sublime's approach to vocals couldn't be any better. Aurally conveying feelings and emotions, the vast style spread makes the music all the more appealing; on the basis that they, like the music, work together to create a product that, in theory, shouldn't mesh. Once again, Benighted goes above and beyond in a genre of music where they shouldn't have to, and frankly, they're a better band for it.

It's safe to say, that, seven days later, I adore Carnivore Sublime and can already tell it's going to be an album to beat in 2014. The extreme metal front has quite a bit catching up to do if they want to top Benighted, and it's going to take the rest of the year to come anywhere close, unless--and that's a big unless--a record we're unaware of has been brewing under wraps since 2013. But even then, I'm not too worried because, if a record comes close to toping Carnivore Sublime, we'll have two great death metal albums on our hands. And you know me; I'm all for that.