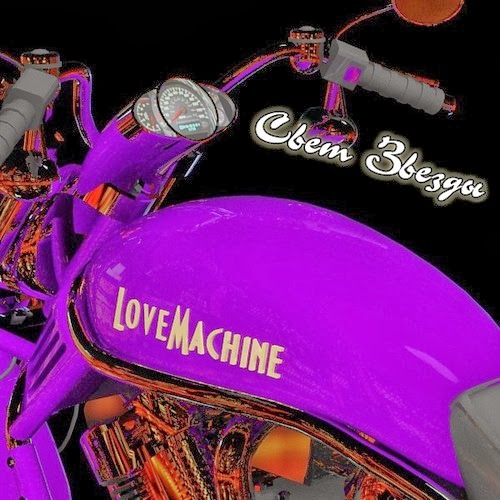 As a general rule of thumb, brilliant music is crafted behind closed doors. While Russia is not closed off to the rest of the world per se, very little creativity escapes from the country's borders, and listeners are left to painstakingly seek out treasures, though not without worthwhile results. LoveMachine is no exception to this rule and, in 2010, released one of the best EPs of the decade (so far), a three-track collection of music that spans the better part of the eighties and classic heavy metal.

Although Свет Звезды covers no new ground, the basic idea is one every metalhead should be able to stand behind: catchy, well-written songs that are easy to identify with after only one listen. Indeed, a blend of traditional heavy metal and hard rock makes for a product that's accessible and, at times, even tasteful--the guitar solos are among the best of the last ten years. Solos only shred where necessary--often as a lead-in to a rich, creamy, memorable section--and the restraint is quite admirable. Craziness isn't one of this EP's traits; it gets straight to the point, without being over the top.

Depending on the listener, the music will either make an instant impression or take a few spins before it clicks. The first two tracks don't differ from each other in style, and their energy levels are far above that of the last piece, a largely acoustic ballad that still manages to hold its own. In all honesty, variety isn't one of the EPs strong points, but with a listing of only three tracks (and an instrumental version of the ballad) that should be the last thing on one's mind. Really, for a neophyte band with only two releases--a new EP dropped last year--LoveMachine does everything right and with adeptness.