Enduring temperatures well below zero takes proper preparation, in that one needs to plan accordingly by bundling up with a warm cup of tea and a great record to pass the time. After all, common sense would have it that icy roads are dangerous, and it's much preferable to wrap up with a dozen tracks, instead of putting one's life at risk.

Enter Hogbitch, the perfect companion for a frigid night of music listening. The four-piece's self-titled debut arrived at my doorstep last month and was met with eager anticipation, as I tore open the package and immediately copied the album to my computer. But even though I've spun the album regularly since then--note that this night is no exception--the cover art still leaves me scratching my head.

Sadly, both Hogbitch's name and choice of album art create an identify crisis because they paint the four-piece as a "comedy" act. In reality, that's the farthest thing from the truth, but for listeners trawling cyberspace, neither looks particularly appealing at first glance. The fact of the matter is that the cover is impossible to take seriously without hearing the music beforehand, and the admittedly impressive hand-drawn art does little to inspire confidence.

But in the grand scheme of things, those are shallow issues, and Hogbitch really does shine, musically. Indeed, as the age old saying goes, don't judge a book by its cover: each track is filled to the brim with proto-metallic influences and a Sabbath vibe copped straight from the late sixties and early seventies. At the helm stands a vocalist so polarizing and unique in tone that there's simply nothing else like her in the modern rock scene.

In other words, this is some good shit. 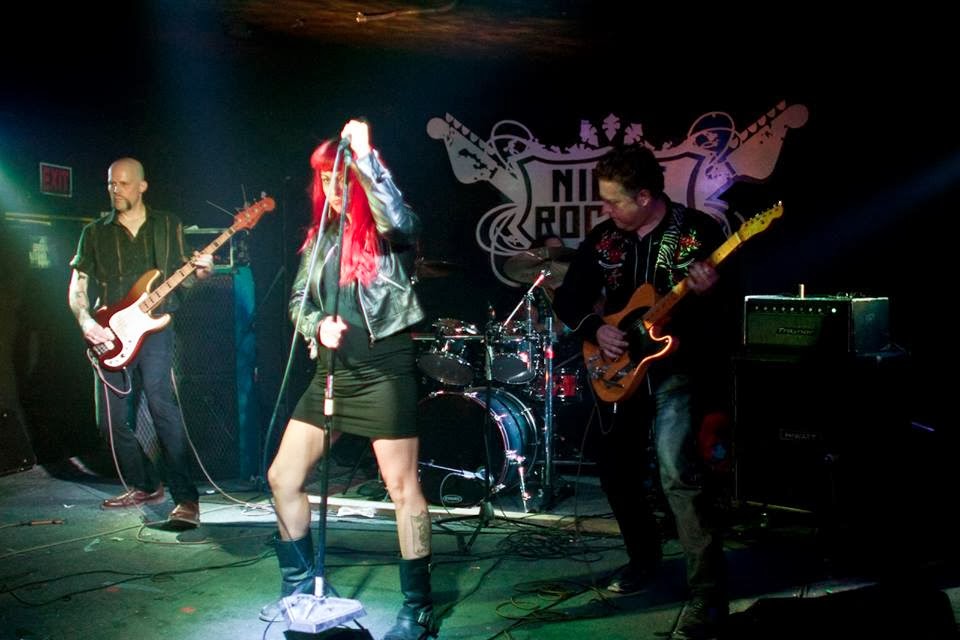 Naturally, the vocals are what drive the music, all while carrying bursts of melody over Hogbitch's signature groove. When coupled with doom-esque guitars and refreshingly audible bass playing, the end result is a package normally reserved for veteran acts--that is, a well-thought-out body of work that oozes quality.

Choosing standouts from the track listing is tough because the entire roster is consistent. "Thrown to the Sky," however, is among the more memorable numbers, thanks to rhythmic drumming and hoppy bass lines, but perhaps the best example of Hogbitch's sound is "Black Corridor's" psychedelic verses and pounding chorus. These two songs are more than enough to satisfy casual listeners, but those eager to dig deeper won't be disappointed with any cut from the debut.

In the end, and despite issues with name and album art, the music is remarkably solid. Every so often, a new band blows the rock community away, and this could be one of those times as long as Hogbitch fine tunes their music's image. As unfortunate as it is, sometimes presentation is everything, especially if you're the new kid on the block.

Note that Hogbitch made my "Non-Metal Albums of 2013" list here.