Obscured by nearly every "best albums of the year" list, Demetori revealed their ninth full-length as 2013 drew to a close and quietly went about their business, never drawing attention to their newly-released music. Like other Demetori albums, Le Grimoire De Reve puttered along unnoticed but was still critically acclaimed, at least by diehard fans of the band. The record handily topped Begierde Des Zauberer as a supposed return to form and put the two-piece back on the map, but one question naturally entered curious onlooker's minds: is Le Grimoire De Reve really another winner?

One listen tells all--Demetori's songwriting has not changed, for better or for worse. At the core of each composition is a passionately arranged interpretation of Touhou music that hundreds, if not thousands, of Japanese bands dedicate their careers to, as a tribute to their favorite video games. The idea is truly foreign to the majority of new listeners, but the final product is often nothing short of brilliant and translates well into a heavy metal setting.

And, as expected, Le Grimoire De Reve is another solid release from Demetori, though it overlaps with previous efforts. Indeed, because 100% of Demetori's past work is based on Touhou's sprawling compositions, similarities are inevitable and, at this point, anticipated. But while Begierde Des Zauberer faced harsh criticism for sharing too many common traits with prior albums, Le Grimoire De Reve is even more reminiscent of Il Mondo dove e finito il Tempo, Offering to the Sukhavati, and Nada Upasana Pundarika, perhaps the best-known records in the band's discography. 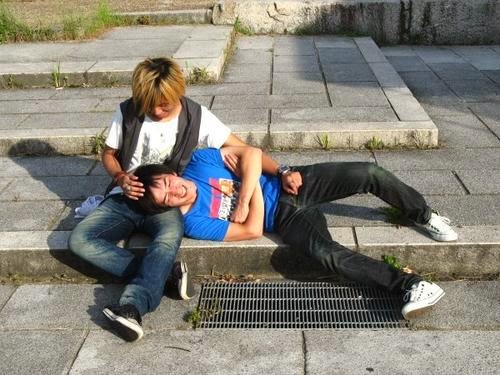 When approached aggressively, however, power metal isn't the most dynamic musical genre and appears stock around the edges. Because of the limitations, Demetori's music tends to feel familiar, regardless of album, making Le Grimoire De Reve no exception to the rule. It's seamlessly strung together just as one would expect of Demetori, with no surprises or eye-opening moments; it's simply consistent across the board, in the style fans have come to expect.

And therein lies Demetori's strength: familiarity from release to release. For nine albums, the two-piece has dreamed up adventurous music that sparks a sense of, "hey! I've heard this before!," making their body of work unparalleled in doujin circles. Contrary to the popular belief, the closeness shared between the material isn't necessarily a bad thing. In fact, it fosters an identity for the musicians and gives them a sound to run with, which is exactly what Demetori has done up to this point. So, to answer the question, yes, Le Grimoire De Reve is another winner, just as long as one doesn't expect anything other than Demetori.