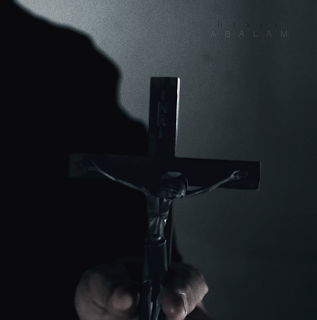 Like Rorcal's Vilagvege, an album reviewed on The Metal Advisor earlier this year, Hexis' latest effort, Abalam, is a combination of two genres--black metal and hardcore--in which the musicians dabble to create music of catastrophic proportions. Spread across 12 songs, the record clocks in at only 26 minutes, making it a quick, but brutally devastating, ride.

The real eye opener, however, is the amount of disarray present in each song, a trait few bands enjoy.

As noted, the musical aesthetic is made up of two genres, though one is much more prevalent than the other--the hardcore influence tends to be limited to only a few vocal passages here and there, where a thick shout accompanies a shrill, black metal shriek. The majority of Abalam, in turn, leans toward the metallic side of the spectrum, which makes way for a clawing, apocalyptic feeling that's extremely tough to replicate in music. Despair is a better way of putting it, but just about any adjective interchangeable with a "bleak outlook" fits the bill nicely.

Musically, the instruments play tug of war with each other underneath the vocals. The guitars furiously combat the percussion, which alternates between an impenetrable wall of blast beating and grinding tempos that nearly bring the music to a halt. This push-pull undoubtedly goes well with the lyrical focus on anti-Christianity, which would without question cause controversy in the real world. 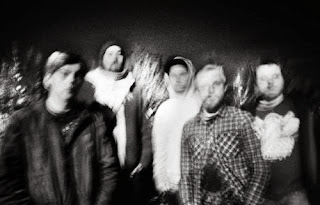 But despite all the rave, Abalam isn't without faults. One listen to any blistering number from the track listing tells all, in part because the album has a rather narrow approach to structure and writing. Aside from brief interludes like "Supplex," Hexis more or less has a blueprint clutched tightly in hand that they run with for the duration of the record. For most listeners, this won't be an issue, but for those expecting variation from song to song, Abalam likely won't be their cup of tea, and replay value will be little, if any.

Still, Abalam is a solid effort, especially from a band looking to push boundaries. As their first full-length, after a plethora of EPs and splits, Hexis has bright future ahead, provided they can expand and refine their material with each subsequent release. Plus, the freakier they get, the bigger the niche they'll carve.