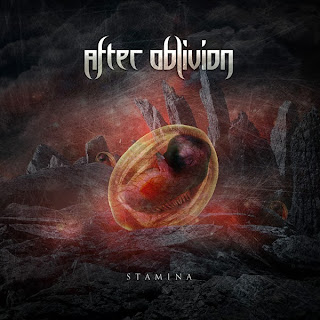 Here, we have yet another review contributed by a TMA reader. My guess is that he'll be popping in from time to time, so, as always, stay tuned for more.

If you have already spun yourself a few Death records, chances are, making the decision to purchase After Oblivion’s debut, Stamina, could be somewhat of a struggle. After stumbling upon this band hailing out of Bosnia and Herzegovina, I have to say I’m thoroughly pleased with their first release. Originally, I had my doubts as I listened for the first time. I was, and still am, in awe at After Oblivion’s ability to imitate Death’s (later) sound with such accuracy, and the first track, "Deliverance," sounds as if they pulled it right from Death’s discography. This was disheartening at first for the fear of hearing a cheap imitation of Death, something I would shun without hesitation. Upon closer inspection, I see this band has a lot to offer and plenty of potential to grow.


I will start with the obvious bit that, I assume, may drive many away from this album: After Oblivion sounds like Death—plain and simple. Adnan Hatic must have been blessed with the air splitting vocals Chuck could pull off, especially on Death’s last album The Sound of Perseverance; that, or he put in a lot of work outside of the recording studio. I am more shocked than annoyed to hear such a close imitation, which, in this case, is great. The sheer fact that After Oblivion pulled it off so well is why this album has kept my interest. The technical approach of the drums and the rapid rhythm changes of the guitars all fall in step with Death’s latest. 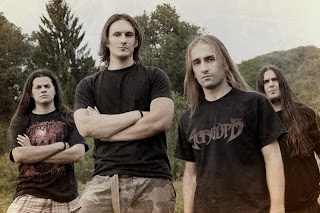 If, and I seriously mean if, you can get past the resemblance to Death, After Oblivion has crafted a vicious performance on their brief 32-minute onslaught, and it is worth countless spins. One of my favorites, "The Carnal Form," stands out because of the sinister shredding and great solos they concocted for this track. The bass carries well in this song, as well, providing a meaty body. "Hatred Profound," is another favorite. Both tracks have wonderfully crafted solos, and the bass, for me, rocks on these two, not to mention the drums, which pump with equal intensity. Overall, the whole album plays extremely well. There is not a dull moment. My only complaint would have to be with the production. It’s a little too warm for my taste. I’m not entirely satisfied with the muffled sound of the guitars, and the vocals sound buried under the rest of the instruments. It could do with a touch of sharpening up in my opinion. Then again, that could be the system I’m listening through.

After Oblivion has produced a stellar debut, and though they have striking similarities with Death's later sound, I'm going to give them benefit of the doubt here. They did a fine job filling big shoes, and it will be fun to see what new levels they push for on their next album, assuming they push to expand creativity. This is definitely an album worth adding to the shelf.