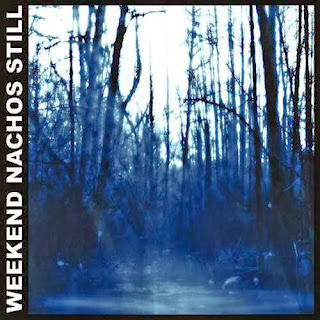 Still, Weekend Nachos’ latest full-length, is anything but what the title might suggest. The record blasts along at hypersonic speeds, avoiding sticking to one punk subgenre, and it unleashes its innermost contents without musical boundaries in mind. It's undoubtedly impressive, but does the material live up to the hype?

Indeed, in many ways it does, but that doesn’t mean the record is simple to shape into a tight ball of descriptive words. As with any review, creating a genuine sense of what the music is like—the texture, transitioning, and overall compositional prowess—is often tougher than it should be. And, of course, Weekend Nachos’ newest offering is a prime example of that.

Naturally, Still presents that sort of predicament, but in this case, it’s a good thing, as the music is a joy to explore and absorb with each successive listen. In fact, it’s fantastic because it speaks volumes of what Weekend Nachos has done with their newest effort—there’s never a dull moment because the music probes the vast expanse of what acts looking to play it safe tend to avoid when they settle into their niche. In other words, Weekend Nachos doesn’t really have a style that’s easy to pinpoint from the get-go and, contrary to the popular belief, they’re a better band for it. 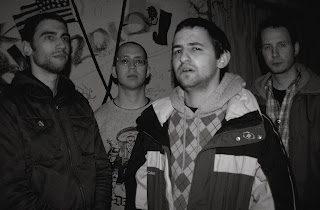 Weekend Nachos has been called everything from power violence, crust, hardcore—you name it—and Still continues to hit home in that regard. But what feels particularly great about the record is the sure-footed consistency that, regardless of the style, paints the end product solid and, better yet, an excellent listen, if aggressive music is the desired target.

But even with variety, “Sickened No More” still manages to capture (and sum up!) Still’s frenzied, chaotic attitude and carry it across the album’s short 21-minute runtime. Like other punk records, the music flies by so quickly that forgetting what one heard isn’t out of the question. And really, that’s the beauty of it: it’s as fresh as can be with each listen, especially when Weekend Nachos makes a conscious effort to experiment and think outside the box.

Ultimately, Still isn’t without faults; it occasionally loses balance and flow, making for a rare blunder, but it feels substantial and, more importantly, genuine. Melding decidedly different genres and subgenres of music isn’t something that’s historically been straightforward, but the Illinois-based act pulls the combination(s) off with flying colors. The task is often more fun when centered punky music, too. Recommended.