As a two-man project from Finland, Liquorworks is relatively unknown to the average metal listener. Working tirelessly to release a record every few years, Kosti and Panu's only stipulation is that they truly enjoy what they're doing, loving music for the sake of creating art each time they pick up an instrument. The Metal Advisor talks to Liquorworks to better understand their long-term goals as a band and, in the process, discovers a gem of musical project. 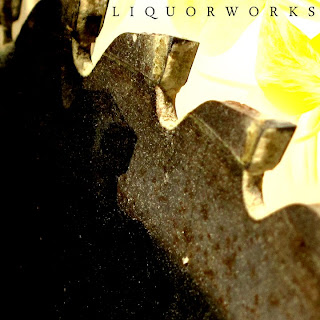 How did Liquorworks form, and what is the story behind the project's name?

Liquorworks was formed in 2009 by Kosti Aho. It was the result of the passion for making original material and to express thoughts using a guitar.

Liquorworks is a way to forget everything else and just make music by ear and intiution. The music business can be serious and, of course, we like to get the songs as good as possible, but you also must remember to have fun with the songs. In this project, the music is the most important, not the money.

Kosti: I needed a name for my project, and I liked the taste of liquor. That's about it. We are not alcoholics... yet.

You’re a two-man project as well; why did you choose keep it that way as opposed to having a full band?

Kosti: Less is more. I had some full-band projects earlier, and I wanted to try to do everything by my own. Of course, I also wanted to improve my composing skills, guitar playing, and so on..

Panu: It's also easier because we are both in different life situations and we live 350km apart, so this procedure works just fine. It also enables us to use interesting quests.

What kind of influences do you include in your music? Obviously, it can be very progressive at times.

The roots of the project are in old rock and metal, but also modern progressive and death metal. Obviously, there are many influences from different styles (especially in the keyboard section) from film music to jazz to electronic music. We like to keep the songs groovy/heavy, and experiment with different musical elements and sounds.

The progressiviness is natural for both of us, but of course sometimes there are hard riffs/parts that takes some time to shape. If it doesn’t work well, a simplier solution is probably a better solution. We are not trying to make incredibly complicated music. The progressive elements come from the influences and our own musical history. 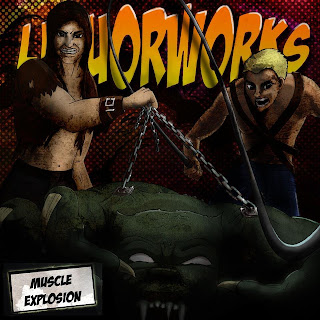 People tend to classify your music as djent. How do you feel about the classification? Does it go along with what you hope to achieve with music?

Older material used to have lots of "djenty" sound. Concerning the new material, I don't feel that we are djent so much, anymore (or at all).

After Meshuggah's golden age, new metal bands try to imitate their style. Often they are really uninteresting and monotonic, although there are some distinctive bands in that genre, too. We are more like Hans Zimmer meats Textures than Periphery.

Do you plan to add a permanent vocalist to the mix?

Not at the moment. We are planning a new record, which will probably include three to five songs with a singer. The singer has been chosen already. I think this is mainly an instrumental project, but it's good idea to do both; instrumental and vocal tracks.

You have two full-lengths, and one is in the works. Can you give a bit of background on your discography for those not familiar?

The earlier material is without keyboards (some additional stuff only). The CDs are Sinus (2009) and Nonsense (2010). They are more djent-ish. Then, together, we did an EP Moist Computer (2011) and Muscle Explosion (2013), which takes this project in a new level. We're not sure in which direction the new release will go, but we are writing songs at the moment. The new release will be a shorter one.

Do you intend to play live shows, even with the lack of a drummer and vocalist?

We're trying to get songs done with different collaborations, so I would answer no. We are focusing on doing diverse releases.