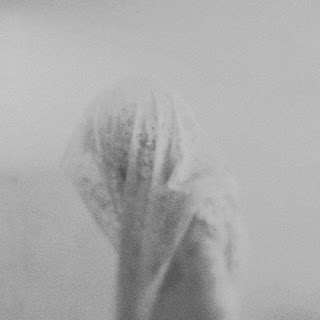 With new music under their belts, Swiss metallers Rorcal push ahead with their third full-length, Világvége, bringing a plethora of furious riffs and an aesthetic gleaned from black metal along for the ride. From the moment the second track, a slogging four-minute affair unlike anything else on the album, explodes from silence, the record's bellicose nature becomes all the more apparent and tussles with listeners ensnared in its massive wall of sound. Those standing tall will be rewarded handsomely, however, with an immensely satisfying release that, not only breaks free of boundaries, but revitalizes heavy music as we know it.

Világvége is admittedly not too far removed from what the world has heard before; but its amalgam of riffs is aggressive enough that overall product feels fresher than material put forth by other bands hybridizing metallic music. Consequently, the way in which Rorcal mix and match their influences creates an experience one must brace for, as if to survive a treacherous journey ahead.

Really, Világvége is like riding a bull. It kicks at the most inopportune times, and threatens to rip you to pieces, causing collateral damage in the process. It's a moody beast that requires careful listening in order to learn how to absorb, and enjoy, the musical landscapes unique to each composition. 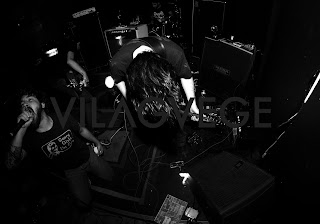 The first song, "I," an atmospheric track, makes fitting the album's sections together tough because it lacks the beefy bottom end found throughout the majority of Világvége. As the record's doomiest song, plodding at speeds similar to Pangea splitting apart, "I" appears out of place next its brethren, but somehow--just somehow--works. It sets Világvége's tone deeply in ominous despair.

And what contributes heavily to Világvége's dark disposition are vocals gasping for air, full of misery. Frontman Yonni Chappatte, who joined the five-piece earlier this year, desperately searches for something to latch onto, creating emotional, gloomy anguish; and, by doing so, forges a bleak outlook for the album's duration. Without Chappatte, Világvége wouldn't seem half as grim.

Nevertheless, the dirtiest tracks develop later in the roster, and propel the onslaught to the limit. "IV" recalls Deathspell Omega with rapacious strumming and dissonant chord structures only seen this side of Immolation, while "VII" and "VIII" come dangerously close full-blown black metal. "VI" introduces a distinct blend of sludge and black metal that is perhaps Világvége's smoothest fusion of the two subgenres. Ultimately, it's all in the compositional prowess of the musicians and, luckily enough, each member of Rorcal excels disgustingly well in that regard.

At the end of the day, Világvége is an absolutely colossal release, seamlessly packing various metallic bits into a tightly organized package. It isn't for the weak, and it certainly isn't for new listeners coming from a background based in entirely different music. It's one of the best-kept secrets currently sitting in the underground and from an amazing little country called Switzerland.

Who knew? Get on it.