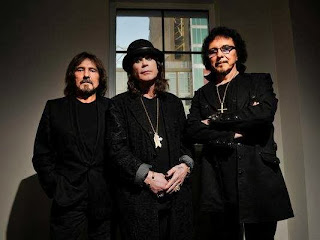 Since June, Black Sabbath's comeback has presented opportunities unknown for the past eighteen years, pushing their music to the top and made their name, as revered as it is, relevant again. Aside from Heaven & Hell's The Devil You Know--comprised of Dio, Appice, Iommi, and Butler--13 is the only recent release to come with a tour and mega merchandise priced at $40 a shirt, indicating that Sabbath is on an upward climb. But is 13 deserving of the success and limelight?

Indeed, 13 captures much of the "spirit" fans were hoping for with Ozzy's return, but with the spotlight comes a record lacking consistency and quality. Separating Osbourne's vocals from the mix reveals obvious computer aid, which, for a man with years of drug and alcohol abuse under his belt, is expected. On the other hand, the music, despite having moments that harken back to the golden age, tends to grow dull and plastic sounding thanks to a poor production job. Ultimately, the situation paints the album as a rather lazy addition to the Black Sabbath discography and as one hastened by the premise of easy money. 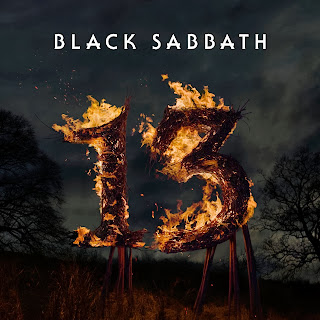 Most puzzling about the reunion are Ozzy and Iommi's past legal issues, a battle of epic proportions over the Black Sabbath name. Following Heaven & Hell's sole full-length and Dio's death, the lawsuit was dropped cold turkey--as if nothing happened--giving the impression that all was well in the Sabbath camp. And perhaps all is well in their neck of the woods, but how can two people cordially drop the issue after years of quarreling?

Taking another look at 13 and the baggage that comes along with it becomes all the more intriguing given its success story. Predictably, a crazed fan would conclude that the record was the last chance to reunite with old mates based on interviews but, at the core, there's likely more to the series of events. As noted, where does this place the lawsuit? How are relations outside performance on stage? Many questions are left unanswered and, without first-hand input from each member, explanations hang in empty space.

Like anything else, different camps mull over the issue, some so blindingly that anything Sabbath releases is automatically proclaimed as god's gift from above. Others are happy that 13 even hit shelves in the first place, and accept it for what it is. And yet another group--the heavy thinkers--either love or detest the record, but continue to ponder the events that made the album possible.

I fall into the lattermost group, feeling like 13 is more rehash than completely new material. While the album is certainly an achievement for a band with an average age of mid-sixty, the record is not a fresh or particularly creative attempt from Iommi and Butler, the two primary songwriters. Most of the material seems like a cry for the past, put on shelves to please impatient, greedy fans--and, of course, to grab a few more dollars before calling it a day.

And therein lies the issue. Unlike The Devil You Know, a fantastic collection of music in its own right, 13 sounds tired and devoid of experimentation. The record isn't outgoing. It's too safe. It has a grand total of zero stand-out tracks. And it isn't exactly appealing next to the plethora of doom metal bands emerging from every corner of the world today. For an act that was once at the top of heavy music, 13 comes up too short to be anything but average.

No doubt do the guys get to go on stage and relish what they're doing one last time. I can't fault them for that, but I would have preferred a tour without a "new" album filled to the brim with uninspired music. Ward's dispute with the rest of the band is a bit odd and, without him, the live experience feels empty, but that's not to say it's a complete disaster--the spirit is there, but genuine enthusiasm on Ozzy's part leaves something to be desired.

I anticipate being labeled a "fake" Black Sabbath fan, but that's totally okay because the world is built upon opinions. I know what I like, and I certainly know what a quality release from a legendary band sounds like. We've heard plenty of half-baked albums roll off the production line from the biggest names since modern music's inception, and 13 isn't any different. It's just another release lost at sea among, well, other subpar releases.

In the end, I can't complain too much, as Black Sabbath's earlier offerings are bona-fide classics that set the bar high for others to follow (Hell, bands are still following them!). I always have Ozzy and Dio's tried-and-true work with Sabbath to fall back on, but I don't think it was unreasonable to expect more. After all, no one--and I mean no one--is Black fucking Sabbath.