The Metal Advisor Talks with Gaia of Baltic Metal Division

Founded only a year ago, Baltic Metal Division aims to promote a variety of metal bands, not only from the Baltic states, but foreign areas as well. From the few heralded veteran acts to ripe newcomers, the Division leaves no artist behind, as long as creating quality music is the ultimate goal. The organization expects a busy remainder of the year, so The Metal Advisor stops in to find out what the Baltic states' music is all about, and how the Iron Curtain previously affected the scene.

Baltic Metal Division promotes a variety of bands--how do you spread their music, and how do you connect with the fans?

Gaia: We make promotion, tour, and PR management both for Baltic bands and foreign bands--basically, all what promotion service can do, including shadow promotion, booking in [the] Baltics, and show/tour organization.

Recently, with partners at [a] local club, we launched Alternative Music Academy, where we organize rock and metal master classes, theme events, [and] public interviews, where each visitor has been given [a] chance to shine.

Obviously, your desire is to support music inside the Baltic states, but do you have aspirations to expose your artists to other areas like the United States or Western Europe?

Gaia: We are not caring parents to wipe their asses and protect from all evils... In fact, if you play horribly (technically), you won't be in Baltic Metal Division pages or recommendations, our main rule for promotion--professionally both in studio and on stage.

We are cooperating with various managers and organizers around the globe, and when [a] band asks for help and [a] foreign manager for [a] band, we negotiate cooperation and support [a] band in tour.


What sort of goals have you helped bands reach with Baltic Metal Division?

Gaia: Live my life, do what I want, be perfect at it, and shout it out loud. Then building [a] strong team and appreciating every small help and step forward. In short, work, work, work.

What inspired you to create a promotion service? You’re clearly enamored the music, but we’d love to hear the back-story on such a great start-up.

Gaia: My philosophy is simple: if you are [an] artist, you wouldn't paint all your life on newspapers. You have to develop yourself [and] try all dimensions of metal, if you dare to call yourself  [a] “metalhead.” Name yourself like that and never ask “how is it made?”--there's some mismatch. Additionally, I learnt my craft since diapers, following my mother's choir in tours and backstages. That's personal reasons.

Having those two in my arsenal, I decided to create a bridge between fans and musicians, [and] between musicians and organizers. In other words, to be [a] catalyst for change for [the] extremely poor cooperation system here. And we are making progress...

Although the Baltic states have a rich musical history, heavy metal from the area isn’t well known. Would you say the Iron Curtain had anything to do with that?

Gaia: It would be stupid to say it didn't. It helped three Baltic countries,  Estonia, Latvia, and Lithuania, to unite in [a] decisive period and help each other, gaining freedom. But [the] Curtain fell in nineties, and now [it] is 2013, so it's not that case.

If you are poor in self-management and excellent in arrogance, you would blame anyone else, except yourself for your procrastination...

With the help of the Internet, many older bands are beginning to surface that were previously hidden behind the Iron Curtain. Even if disbanded, do you promote these artists and their legacies?

Gaia: Veterans are always in respect. Question is, to what extent. If you are [a] veteran, hats off and nice word from us, but if you play now distasteful shit, good word about [the] past is enough.

That being said, could you give a short history lesson on metal in the Baltic states?

Gaia: In short, [the] peak time for rock to turn into metal was the eighties, where [the] regime's pressure was weakening, and leather jackets, jeans, distortion, and long hairs probably were [a] symbol of these times: rebellion and publicly expressed anger/ hope for change.

Although along came freedom in nineties, it was more chaos than awaited glory--metal parties in cafeterias, self-made amps, and [a] few diamonds in a sea of deep shit. And first metal merch stores!

Just in the two-thousands metal from [the] underground started to shape into somewhat [of an] industry: metal/alternative clubs, big bands from [the] “outside world,” and [a] rapidly decreasing feeling of [a] brotherhood-like community. From “you're my friend because you listen to metal,” we came to “Okay, whatever,” from “leather 'n' army boots” to “leggings 'n'sneakers” age. [The] more choice we have, [the] less value we add. And I think in this way [the] Baltics are no different from other countries... 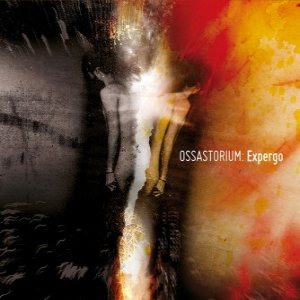 How would you describe the current state of the metal scene in the Baltic states? Is it constantly growing, or are quality bands slow to pop up?

Gaia: [The] Internet has made [the] possibility for anyone to become [a] star. If you play well, [we] are good at informing about you. We never search for new diamonds to be presented in our page, but we are fully-loaded with work for at least next half a year!

Modern or new, what Baltic artists would you suggest to new listeners?

Gaia: That's [a] hard question... When I promote, then I [will] suggest. Okay, not that what you wanted to read... My own best pick: Ossastorium (death) and Frailty (doom). Fresh, personal surprises: Lucifer (thrash), Cantilena (thrash), [and] Blinded Memory (metalcore). Damn, we have to make separate interview on this question!

Any last words or shout-outs?

Gaia: Yes, full list of services, bands' archive, [and] our portfolio can be found here: http://balticmetaldivision.wordpress.com/

And our global page: http://www.facebook.com/BalticMetalDivsion

P.S. If you have faith, you have to defend it. Otherwise, you're [a] poser!