Pallbearer: Worth the Hype?

Ah, yes, Pallbearer: the band that released the most heralded album of 2012, bringing doom metal to the forefront and into the "mainstream." But with everyone and their mother claiming to be a fan, are they really worth all the hype?

I pondered that very question after seeing the Arkansas-based act earlier this year. Despite a rather tight performance, their live show was terribly unexceptional and the crowd reflected that, with only the front half of the pit expressing excitement for the music. Compared with their debut record, Sorrow and Extinction, Pallbearer's radiance and feeling failed to translate in person--the record is absolutely phenomenal in terms of atmosphere, but much of that is lost upon setting foot on stage. 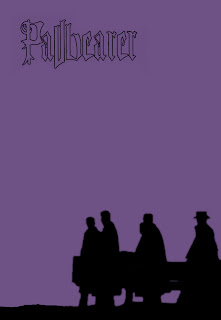 As it turns out, less than stellar vocals robbed Pallbearer of their spirit. On record, they're pushed to the side, but never an after thought, which lets the instrumental aspect of the music do its job without fuss. Live, the band is a complete mess and totally undeserving of headlining a tour unless they get their act together. Brett Campbell's vocals are almost intentionally hidden behind the instruments, if only for the fact that he can hit very few of the pitches he was "skilled" enough to reach on recording.

The four-piece doesn't have any stage presence, either, and I've seen a number of terrible bands live. Relative to their peers that night, Pallbearer looked rather bleak next to Royal Thunder and the legendary Enslaved, who jovially joked with the crowd and involved each and every one of us. To be honest, I don't think I've witnessed another band as guilty of simply going through the motions, and I refuse to waste my money on Pallbearer if they secure a headlining spot. I was polite enough on Twitter, claiming they were worth the three-hour drive, but I'd be damned if I ever type such bologna again.

So, in a nutshell, Pallbearer are deserving of your hard-earned cash on record. Sorrow and Extinction is a grower in every sense of the word, but when it hits you, you'll fall head over heels for those seriously crushing guitars. But that's all that translates over live. Better to save your money for the next time Iron Maiden rolls through town. Pallbearer are as exciting as one of those pet rocks you laughed at in the store as a kid.