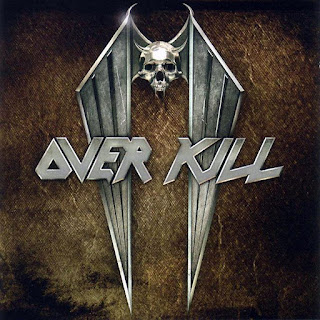 As the nineties rolled around, and after the vicious assault that was Horrorscope, Overkill succumbed to the ever changing tides of time by releasing I Hear Black in 1993. Considering the deterioration of thrash metal's popularity in the nineties, Overkill's adoption of groove metal was not completely unexpected, but it would take nearly 10 years to crank out a consistent release that would convert those yearning for the five-piece's earlier efforts. Chaly and the boys called that album Killbox 13; and killer it was indeed, with clanky bass-lines and an earth-shattering heaviness that completely blew away fan upon their first, curious listen.

The real surprise, however, was Killbox 13's ability hang with Overkill's classic material, leaving vague throwbacks to older efforts with Verni's massive bass and knack for building melody. Previous "gems" like W.F.O. and The Killing Kind suggest otherwise, but the band was poised to grab their music by the reigns and string together line-after-line of slick riffing as they had in the past. Any lingering doubts about Overkill's current direction were forgiven; the reputation that New Jersey's finest had worked so hard to earn re-established itself, if only for a few years until they fell back into a slump with ReliXIV.

In many respects, Killbox 13 is similar to its less than stellar brethren, but the way in which each track is glued together is where the album shines. Overkill's concentration on songwriting was crucial to the record's appeal and, though built on the same unfortunate underpinnings as past efforts, the reason Killbox 13 avoided a trip to the landfill. Vial as it may seem, groove metal could potentially yield a winner, which, for Overkill, was a fusion with stylistic elements forgotten upon embracing a new subgenre. 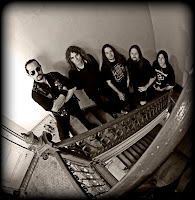 As a result, much of Killbox 13's material is oddly reminiscent of lauded exploits and perhaps why the record is held in relatively high regard years later. As experimental as they were for the five piece, tracks like "Crystal Clear" feel doomy in nature and remind of songs like "Playing with Spiders/Skullkrusher" while fitting into the record's larger melodic scope. When coupled with chugged riffing, the album takes another turn and feeds off the heavily palm-muted sound the band adopted around The Years of Decay and Horrorscope. Uncanny as it may seem, these instrumental similarities were undoubtedly no coincidence and a clear attempt at recapturing former glory.

And the band did recover a sliver of prestige with Killbox 13 through fluidity of songwriting and particular attention to nasty vocal melodies. The album's lyrics, while not pronounced during initial listens, are brilliant and accent the music perfectly, both in emotion and subject matter. In fact, the whole package reeks of a scintillating aroma that has taken metalheads the better part of a decade to snuff up. Killbox 13 is still fresh, hot, and trendy. Better get it while you can, don't you think?