A Look at French Death Metal 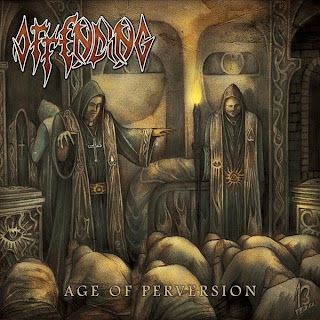 France is not normally a nation associated with death metal. In fact, the country lacks a presence in much of the metal world, barring bands like Gojira (and Deathspell Omega to a lesser extent) who have steadily built up a following since their inception nearly ten years ago. In spite of that, digging deeper yields interesting, almost unexpected results. Offending, for example, are an act one would never guess was from the land of bread, cheese, and wine because they sound distinctly American in their approach to the sub-genre, leaning toward old school dinosaurs like Morbid Angel.

Most of Offending's material is beautifully crafted and an excellent interpretation of the United States' initial death metal movement over 20 years ago. Intricate, sprawling riffs traverse the guitar's fretboard, making the music similar to an aural labyrinth, but the band occasionally veers off in an opposite direction and sprinkle their tracks with modern touches like tapping. Nevertheless, in almost every other instance the five-piece feel positively primitive in their songwriting and album art work. 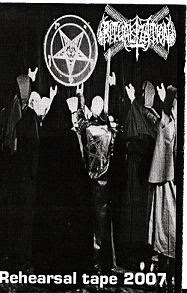 But even death metal cannot escape modernity. Gorod, a better known group, embodies one contemporary approach to the sub-genre and tend to compose in a higher register than traditional death metal acts. Decidedly more technical, the band utilize hammer-ons and pull-offs, while incorporating rhythmic chugging to anchor each composition. Their take on the style is certainly not for everyone--and has been overdone--but Gorod proves diversity is indeed key to keep the music fresh.

Of course, the assortment does not stop there: Rituatlization fuses their music with black metal, creating a vicious, winding hybrid that transcends traditional arrangements. By using diminished chord patterns, they fashion dissonant sounds essential to this style of death metal and focus on a pummeling assault thorough constant blast beating and complex drum fills. Cover art depicting a demonic ceremony is no surprise, either.

Death/thrash hybrids exist as well; for example, bands in the vein of Demolition Hammer and Weapons to Hunt, but they are somewhat less common. Arsenic's 1995 release, Toxic Death, and Malphas' At the Gates of My Memory are good, obscure starting points and hopefully hint where the mixture might go in the future. Slow development on all fronts threatens to halt the process, however, and French death metal may have a long way to go until it reaches a bustling point like the Scandinavia, Germany, and the United States have comfortably settled into as they produce countless bands each year.

Needless to say, and despite the common misconception, France does have its fair share of death metal. The majority is finely nestled under other types of music--even other metal subgenres--and searching out decent bands can be tough among the demos, splits, and albums brought to the table. But by being dedicated and taking the time to sift through each release, metalheads can continue to watch French death metal develop and grow.