The Metal Advisor Interviews Mike Roberts of Bleed the Freaks 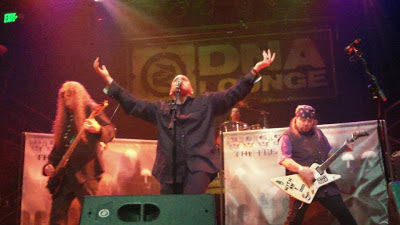 Looks like you guys have some pretty big names in your band--how did Mike (ex-Misery) and Will (ex-an earlier incarnation of Cannibal Corpse) meet? Or, rather, did the band's formation require a collective effort from all its members? To be honest, it seems like there is a great mixture of guys in this band.

Mike: Well, Jamey and I were in Misery together. We had that band for a few years and it ran its course. After kids and some family losses, we started to put the pieces back together. We found a drummer and started writing the material that is on the album. We needed a vocalist, so we reached out on Craigslist and found Will Rule, who was reluctant to play in any band, but the chemistry really felt right.  The last piece of the puzzle was finding a lead guitarist. We did the Craigslist thing again, thinking we were listing it in San Francisco, but, by accident, we posted it in the Sacramento listings, which happens to be were Zak is at.  He saw the add, checked out some songs, and contacted us the next day. Now here we are! 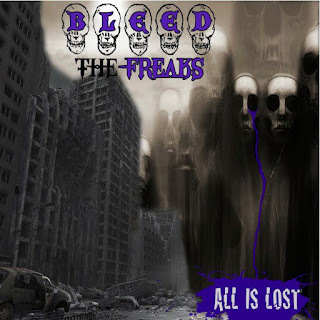 Has the Bay Area been receptive of Bleed the Freaks? In other words, do you see both old and new metalheads come out to your shows?

Mike: Yes, for the most part it has been great. The Bay Area, as you know, has a huge history for metal, and there is a good vibe with all the bands. We see new fans and some old school fans appreciate our music, so it’s cool.  Our band has a lot of different elements to it. There are some thrash parts, a lot of groove, and a lot of hard rock influences, so there’s a lot for everybody to take in. Overall, it is a good response from everybody.

Your first record, All is Lost, was unleashed last April. Did you have any trouble promoting the record or did you have reasonable success?


Mike: It is all about advertising and getting your music in the right places. We did a couple radio promos that helped, and now we are working hard to get reviews and interviews going. It’s a steady process and a lot of work, but we are gaining momentum. There are a lot of bands out there competing for space in the magazines, so we are very thankful to guys like you for giving us a shot.

The recording process is often the most important process of any album. How did you approach the record? Did it take considerable planning or was the band set to jump into the studio right away?

Mike: We had been working on the material for quite a while and had everything rehearsed and ready to go. Of course, it takes a while, but we had been working it out in our studio, doing the pre-production and stuff, so we worked out all the kinks and got everything arranged before we went in to do the real recording. We don’t have the luxury to take our time and write in the real studio, so we had it tight before we went in. The basic tracks took a couple days. Vocals took a few days. Lead guitars were done in one day I think, so it was pretty quick overall. 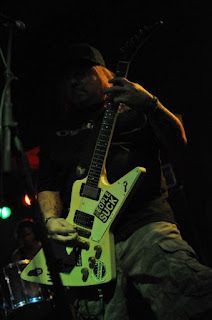 Aside from "All is Lost," are there any other songs you would recommend for newcomers to your music?

Mike: I struggle with having a favorite, since I am close to them all. “Blind Eye” is one of my favorites, and the fans like it a lot, too. “Scarred” is a close second or maybe a tie for first place. At the live shows, “In the Gutter” and “Dumptruck” kick a lot of ass! I would tell a newcomer to start with those, but to check out all of the songs. I don’t think there is a bad one on the record!

Are any of those tracks single-material or are you more of an album band, focusing on the entire package?

Mike: If I had to choose one as a single it would be “Blind Eye.” We feel it is the hit of the album. It has all the key elements of a great hard rock song and it is very memorable. The entire package is more important to us, though, because we worked hard to make sure that every song was as good as the rest, and I think the album is solid all the way through. Not a lot of bands can say that. Usually you get a couple good songs and a lot of filler with these bands today. We went for the old school approach of eight songs on the CD, and all eight are killer.

What are your thoughts on the modern day music industry?--that is, record companies, physical media, and relying on merch sales instead of music to turn a profit to support your music? This is one of my favorite questions to ask!
Mike: It’s a tough road these days. I personally like the physical media--CDs, vinyl, etc. I like getting the whole package. Of course, bands don’t sell records like they used to, so record companies don’t invest money like they used to. It is really hard to get to the next level. The goal used to be getting signed and then you would hopefully get a chance to do bigger stuff. It’s a lot more independent now.  Bands are taking control of their own destiny a lot more now. Our goal is to get a label to repackage and distribute the album, and hopefully that will lead to some touring possibilities for the band. 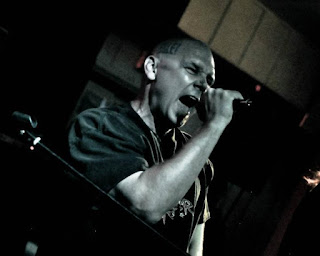 That said, did Bleed The Freak's oversee most All is Lost's recording or did you let Urteaga take the reigns? I quite enjoy the production, as it is very chunky and fitting for the groovy guitar riffs.

Mike: Juan is a great producer and engineer. He is making a big name for himself around the metal world and it’s easy to see why. We had the overall vision in mind, like the track order and the way we wanted them to turn out. Basically, we did our parts and then let Juan take over and do his thing. I came in for the mixing process. There were certain things I wanted to stand out, like the snare drum, certain vocals, and, obviously, the guitar, so I guess you could say Juan and I produced the CD together.

What's in store next for the band? Touring or another album in 2013?

Mike: Hopefully both. We have a bunch of riffs and song parts worked out, plus a couple already written that just need vocals, so we are always writing and working on new stuff. We would love to get this album to the world first, like a licensing deal with a label for distribution. Our dream is to tour Europe, so we need a label to pay for that basically.  The All is Lost album is still new and fresh to most of the world, so we will be promoting it a lot as well.

Good luck on your journey, Mike! I look forward to seeing you progress!

Mike: We really appreciate the interview! A lot of zines don’t write about unknown bands, and we can’t say thanks enough for giving us a chance to tell our story. We want to tell the people out there to get up off your asses and support your local music scene! Go to a local show! Musicians bust their ass, share their souls, and spend their own money so that just one person out there might get it, feel good, and be happy with the music that touched their souls! Cheers and we hope to see you at a show one day! 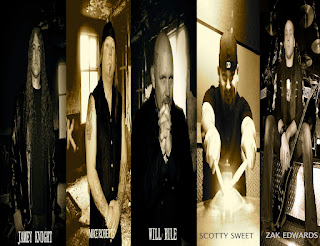