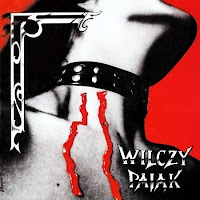 Poland isn't a country normally associated with metal, but, in reality, a number of bands call the nation home, one of them being Wolf Spider (Wilczy Pająk in the Polish). The group's debut record, Wilczy Pająk, sounds extremely dated by today's standards and absolutely should, considering it was recorded under Soviet occupation, but the music is as aggressive anything else, ripping along at breakneck speeds. Most of the tracks fall in line with a faster, more intricate version of Iron Maiden and perhaps a few USPM bands. "Dziewczyna Na Sprzedaż," for example, contrasts "Nocny Strach," the former a heavy rocker and the latter a speed metal piece. 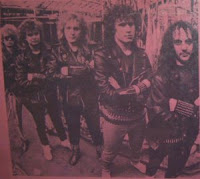 Compared with similar bands, Wolf Spider's debut leans heavily toward the melodic side of metal. But even the music presents itself in that way, a handful of tracks point to the band's thrashy tendencies and foreshadow what one would see in future material. Vocal delivery is strong, yet never too aggressive, and serves as reminder that harsh screeching is not essential to push metallic boundaries. Guitars range from hastily-plucked riffs to scaling complexity, while drumming follows suit with loads of nasty fills and a rhythmic support one might see from a band like Metal Church or Liege Lord.

Really, as metallic collection of music, Wilczy Pająk is consistent, despite a few shortcomings like the production. But in the grand scheme of things, the unique vocals, pugnacious music, and interesting songwriting work together to form an attractive alternative to thrash metal norms. While Wolf Spider's debut is largely forgotten by the metal mainstream, Wilczy Pająk should prove to be a treat for those brave to unearth the album from the genre's past.