What Have I Been Up to Lately? Recap Comin' at Cha

Although my postings (as of late) are sporadic, I've been listening to a boatload of tunes; on-the-go or at home. My music listening habits rarely change, but the time on hand to talk about them often does. I've been trying as hard as I can to break the funk I've had of being away from discussing music with everyone, but rest assured that even though posting has become less common, I'm trying to fix the situation. 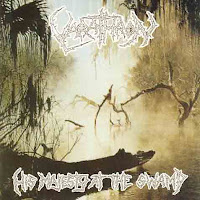 So, what has been coming through the musical cross roads lately? Well, a lot of different things. About a million albums are planned for review--both requests and personal favorites (or even oven fodder)--and I'll get around to them eventually. But for now, I'm hoping I can introduce some new bands or at the very least get you interested in groups you've been meaning to give a look.

The first, Varathron, are an obscure Greek black metal outfit from the subgenre's earliest days. Formed in 1989, Varathron are certainly veterans at this point, although I'm not sure why they're not talked about more. As a friend put it, the band emits a very heavy metal-oriented black metal sound, so Iron Maiden fans and the like are destined to at least enjoy their first album, His Majesty at the Swamp. I'm hoping the rest of the group's releases fall in line with the same sound, but, for now, I'm loving their debut full-length because of its experimentation with heavy metal. 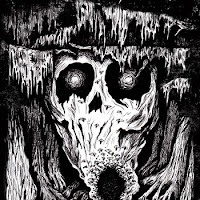 Fire in the Cave have also been weaving in and out of my playlists thanks to an aggressive mix of atmospheric black and doom metal. I find the combination fantastic because it sets them apart from the rest of the "already been-there, done-that" music. Harmonized guitar parts and bluesy, rocking guitar solos only sweeten their whole deal. I have no idea if they'll ever get the recognition they deserve, but it would be a sin to let them fade a ghastly death into the forgotten realms of music. Their first EP is downloadable at no cost over at their Bandcamp page. Reap the rewards of the internet here. 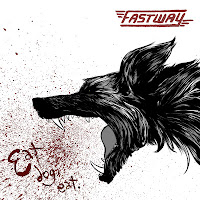 I have to say, I really dig Fastway's newest record because the modern production gives them the energy that I thought their self-titled lacked. Songwriting has largely improved, which surprised me not only because I expected a drop-off in quality, but because I figured this might be ann awful last hurrah from Mr. Clarke. I was happliy wrong because the former Motörhead member brought a fluffy hard rock record to the table, and I love it. "Sick as a Dog" will knock your socks off. 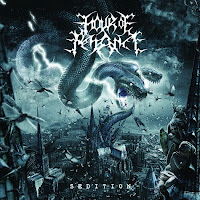 I recently got my hands on Hour of Penance's newest record, despite the release date being earlier this year. I don't find Sedition as coherent as their previous release, but the album is still as visceral as the last. The production is a tad more polished this time around--plasticky is what I commonly call it--and that hinders enjoyment for me. But I have to be real here: Hour of Penance are becoming a more prominent name in the metal world, so being on a bigger label usually means a glossy presentation. But despite my complaints, I recommend Sedition to all extreme metal fans. 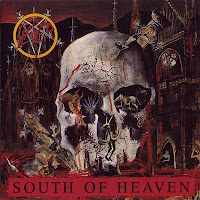 Slayer, as a whole, have been getting massive play time with me, mostly because I'm trying to rekindle a lost love with the band. The past two or three years haven't been kind in regard to my attention to their material--there's no better time than the summer to get reacquainted again. South of Heaven and Show No Mercy, in particular, are getting time because they're my two favorite records from the thrashers. If "Behind the Crooked Cross" or "Metal Storm/Face the Slayer" don't get your blood pumping, I don't know what will. 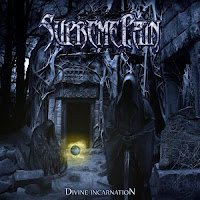 One of my favorite modern death metal bands, Supreme Pain, have been tearing up my speakers and headphones. You might mistake them for a Morbid Angel clone. I'd probably agree with you at first, too. But the band have worked their way into my heart as a perennial favorite because they know how to pick up a guitar and write one bad-ass riff. Their music is overly aggressive, overly fast, and overly blast beat filled--in other words, how I like my death metal and with a heavy old school influence. It might take you a bit to get hooked due to song lengths, but Divine Incarnation is an excellent record.

As always, k-pop has been screwing with me because I love an electronic or simple poppy piece. 소녀시대-태티서 (three members of 소녀시대, commonly referred to as Taetiseo in English) hit back with their funky and soulful Twinkle EP. Saying I love it would be an understatement. Girl's Day also put together an EP in a similar style and filled it to the brim with synth pop and electronic catchiness; perfect for the dance floor or a personal dancefest in your room. 씨스타 (Sistar), 티아라 (T-ara), 소녀시대 (Girls' Generation), Miss A, and Super Junior, among others, have been getting playtime as well. 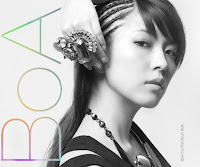 I would include BoA with the rest of the k-pop group, but she's leagues better because she can actually prove her skill during live performances. The multi-talented singer has released an album in America, not to mention Japan, in addition to South Korea. Her American release remains my favorite, simply because it's geared toward the club crowd. I can't pinpoint  why I'm addicted to it, either.

That's it for now. Remember, this is only a quick recap and many, many pieces of music have been gracing my ears. I'd like to write more, but then I'd overload you with excellent or fun bands and artists. Check out what you can and enjoy.
-TMA
Posted by TheMetalAdvisor