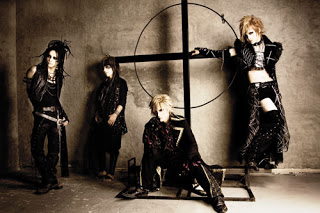 Essentially unknown to the masses, Deluhi broke up last year, the four members leaving little behind as they moved on to pursue solo ventures or team up with other projects. Their music leaves me scratching my head because it merges various metal subgenres (and hard rock) with a light dusting of hardcore; the mixture hardly works for every band that forces the two together, but, for the most part, it pans out in the Deluhi's favor. The group released a number of singles and one album, which is sadly their entire discography but quite a feat for a quick three years of existence.

So far, the track that gets my stamp of approval is "Departure" because it has a very old school hard rock feel, but with a zest that makes it accessible for contemporary music fans. Unfortunately, the vocals are terribly fragile and not the throaty, hairy variety that fit well with eighties-influenced shred rock. Despite its shortcomings, though, the song reminds of a time when metal was about something other than technical ability or heavy just for the sake of being heavy. In my book, that makes Deluhi and the rest of their discography worth a look, in spite of the differences their material may have across the board.