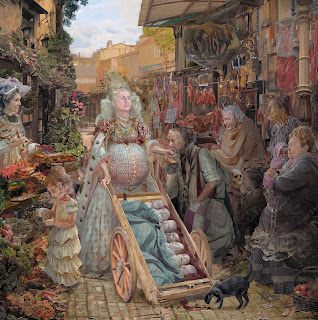 Compared with previous albums, In Somniphobia is Sigh’s most adventurous record to date, piling layer-upon-layer of musical intricacy into a small package. Japan’s most eccentric have always been about mishmashing various musical genres, but their latest release takes the practice to an extreme and puts previous efforts to shame. Borrowing heavily from 2001’s Imaginary Sonicscape, In Somniphobia blends thrash, black, and heavy metal, all while being covered in a myriad of influences culled from the world’s musical palette.

Sigh present themselves as part of the cultured—the musicians that have studied every nook and cranny of the creative world with dreams of venturing into the bizarre realms of music. As an example, In Somniphobia fuses Middle Eastern melodies with flamenco guitars, with saxophone or orchestral-centered passages in tow. Classically-influenced and Hammond organ-sounding keyboards resonate for much of the record, too, making the music decidedly experimental. While this isn't a surprise for a band like Sigh, this equates to their most musically dense album to date, even more so than previous efforts like Scenes from Hell, which already touted an impressive resume of influences. 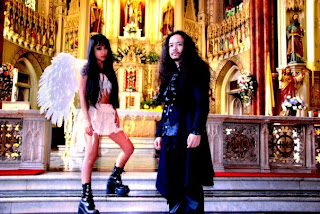 Vocally, In Somniphobia is no different than past Sigh efforts, and Mirai’s raspy folklore compliments Dr. Mikannibal’s growling seamlessly. The production, though squeaky clean and somewhat plastic sounding, is suited to this type of music because it leaves no instrument hidden in the back of the mix. Guitar riffs are standard Sigh fare and flirt with alternate picking, but despite romping through familiar territory, there’s always a sense of retreat to some sort of avant-gardism. Whether this is for bettering the band’s sound or simply to craft something strange remains unknown. What listeners can be sure of, however, is that Sigh’s motives are not simply different for the sake of being different.

As usual, Sigh have succeeded in condensing too many ideas into a tiny package, only to revisit and improve upom them when the time comes to release new material. In Somniphobia represents Sigh at their peak, but as the band’s history typically tells, the previous album will become obsolete when the next hits shelves. Although it remains to be seen if In Somniphobia will be a fan favorite, there’s no arguing that it is currently the group’s crowning achievement.