Oh, yes. This stash is mostly made up of records I've been wanting to get my hands on for some time now. The Vader obsession continues with The Ultimate Incantation and Impressions in Blood, bringing the collection to four albums. I seriously think Vader might be my favorite band right now, and if they decide they are going to hit up the USA on tour for Welcome to the Morbid Reich, I'd probably find a way to get tickets short of selling one of my organs. As for Sigh, I mostly grabbed Scenes from Hell because the other two albums I own are flawless and purely avant-garde in nature. I'm never joking around when I say some of the best metal in the world comes from Japan. And lastly, Goatwhore's newest was purchased on a random whim based on gogmagogical's latest review, as well as A Haunting Curse's status as the first death metalish album I bought on my own. 2006 seems like it was so long ago... 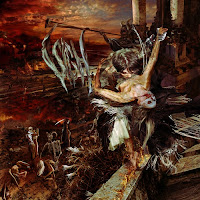 1. Scenes from Hell is no different than Sigh's previous albums, in terms of concept. I reckon for most people, the band's music will be too odd upon first listen and may slightly sour them on Sigh--the mix and match of genres is what some might call an acquired taste and suitably eclectic to accomplish the desired goal of constructing a new take on metal.

Mirai and company are among the Einsteins of our favorite music, which, in my eyes, is an accomplishment in and of itself, and I remain psyched for each new Sigh release I'm able to get my hands on. Scenes from Hell is probably one of the most musically over-the-top albums I've added to my growing collection, and while the production does tend to mask many of the parts, you discover something new every time you spin the record. 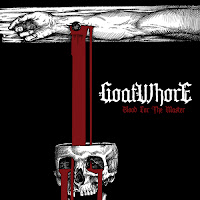 2. I'll fully admit that Goatwhore's name is terrible. I've firmly held that opinion since 2006 when I stumbled upon their music on XM satellite radio, but that's just it: I let the music do the talking instead of a stupid, little moniker. So far, I'm enjoying Blood for the Master immensely, as there is a thumb more black metal than the last one. I particularly like the inclusion of black metal aesthetics mashed with thrash and death metal elements.

It would be appropriate to label Goatwhore and this release blackened death/thrash metal because the band certainly aren't black metal in its purest form. Despite Goatwhore's rising popularity, they've stayed true to their roots and ripened with age. Elitists can walk the plank; their princess is clearly in a different castle. 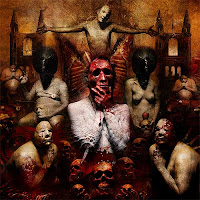 3. This is exactly what I expected because Vader are one of the most consistent in the business. Impressions in Blood is the same in terms of quality, but with each track taking a slightly different approach to Peter's formula. I'd argue that if you've heard any of the band's material, you'll have an idea of what this is going to sound like, which involves impressive musicianship, catchy song structuring, and blazing drumming. If anything, give "Helleluyah!!! (God Is Dead)" a listen because it's among the most memorable death metal you'll ever hear. Too bad about the horrid cover art. 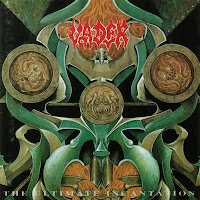 3. Dropping during the golden age of death metal, The Ultimate Incantation is Vader's first full-length. The sound is still recognizable as Vader, but it's rawer and primitive when compared with the band's later releases. Peter's vocals are much deeper than they are today, reaching terribly low into the realms of growling, and the music is still the same thrashy death metal madness I've come to love the band for. The Ultimate Incantation is somewhat atmospheric when compared to later albums, which I find myself often longing for when listening to Vader over and over and over as I'm known to do. Sterile productions are largely the culprit. Death metal of the early period always had a certain attitude surrounding it that captured the enthusiasm and charisma radiating from the young subgenre.