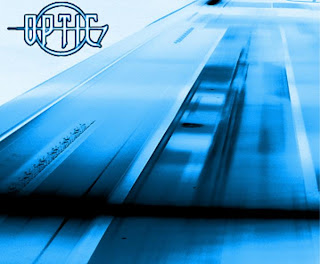 Optic are neat little five-piece progressive metal band from Long Island, New York. The group's Drown the Earth EP hit the metal scene late last year and shows promise for a rookie act--which is surprising because I normally consider many fledgling progressive bands to have underdeveloped and lacking songwriting finesse.

Comparable to bigger acts like as Dream Theater, Optic specialize in including many different influences, like a blackened feeling that manifests itself in the vocals of the first track "Drown the Earth." Aside from the harsh vocals, the song is typical progressive metal--albeit exceptionally catchy and memorable--and highly reminiscent of the band's forefathers. The second cut, "Moment of Impact," is a tight instrumental and about half the length of the first track and showcases instrumental chops.

As expected, odd and funky time signatures appear everywhere across the Drown the Earth, though thought to songwriting is never pushed to second base in favor of technicality. More often than not, I find progressive bands "forget" how to arrange a piece of music and largely focus on musical skills instead. Such is not the case here. The biggest part of the accessibility are the vocals, which often layer themselves atop one another in an effort to create interesting, atmospheric harmonies, as well as the lush piano/synth melodies. Both are particularly engaging when viewed as a pair and generally the backbone of the music in terms of memorability, while the rest of the instruments powerfully backing the melodic package. I hate to say it, but this is the kind of music Dream Theater should be writing today. Optic's got the formula nailed.

In short, really, Drown the Earth is indeed a very impressive EP, which honestly left me dumbfounded because I was expecting rough musical transitions from section to section as time signatures changed. Association with Dream Theater is inevitable because Optic's borrowed influence from DT is obvious. But when your inspiration can't even put out consistently decent records anymore, does it really matter? No, not really. With their skills Optic has the potential to go big places.