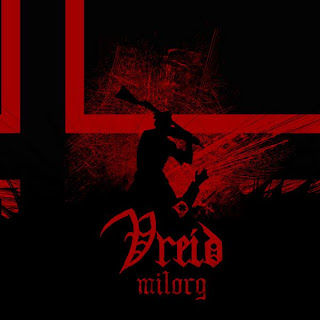 As cliché as it sounds, Norway is the place for black metal and, even today, the country is still among the best to search for bands. Into the spotlight steps Vreid, a band composed of former Windir members, with their pedigree glowing brightly as you ponder what their music might sound like. I personally haven't heard any Windir, but I differentiate Vreid from the pack as a considerably more "musical" project because their tunes lean toward the memorable side of the subgenre. You thought Vreid was kvlt? Nah, the band happily throws that pretentious BS out the window and plays black metal crafted by their own criteria, instead of following the trite ideals set by those who strive to be exclusively underground.

In contrast with conventional black metal, Vreid take the traditional formula, but enhance it with harmonies, intros, interludes, and almost folk-like elements in a handful of tracks. In short, Vreid are a melodic black metal band, which makes them more approachable, and I reckon they're an excellent place to start if you're just getting into black metal.

Milorg sets the subgenre's kvlt pretense aside, and lets you know what's real. That's the most endearing aspect of the record, is its ability to show you the true side of music without a need to be hidden from the mainstream. Vreid have chosen topics like the Norwegian resistance to the Nazis during World War II, as well as themes like evil, darkness, and the oh-so-icy winter black metallers often find themselves trudging through.

Vreid, in effect, use their music as a panorama to tell war-time stories. Many of the tracks are unforgiving and cold as a slab of epic poetry that conveys the feeling at the time unusually well. If you're a war buff, this will be your cake. There's just one catch: you must understand Norwegian as a portion of the tracks are written in the language. 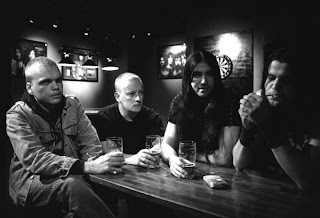 Whatever the case is, though, Milorg still portray the nasty war-time dictatorship Norway found itself up against (the Nazis!) appropriately. World War II was no laughing matter, especially when a country was invaded by the bastards, and Vreid's musical interpretation of the issues are spot on. Besides that, Milorg's tracks are littered with traces of thrashy/doomier sections and accurately represent the bitterness likely present as the Nazis permeated Norway's borders. As composers, Vreid are excellent. As artists that paint a vivid, cerebral picture, the band are on a whole 'nother level.

I can easily include Milorg on a "best of 2009" list because I struggle to find any filler throughout the album's roster. The title track, "Alarm", "Disciplined," "Heroes & Villains," and the "Blücher" pair claim precedence, but the remaining three are well-thought out and contribute to the war-geared atmosphere with their forlorn musical landscapes. The didn't rest managed to click with me as quickly, but the album wouldn't feel right without them. At any rate, I still relish Milorg as a complete package.

Excluding war-themed lyrics, Vreid aren't that much different than other black metal bands in regard to their poetics. But with that said, the music is where they take a turn down a different path. Imagine the forked road where you can choose one of two ways to continue on your journey. One leads to the kvltest, chilliest winter you'll ever experience; the other a fresh, new beginning. Your fate is in your hands. The path you pick determines your future. Milorg is a combination of the old and new worlds, with attention positioned on the new. It's obvious Vreid opted for the fresh new beginning.