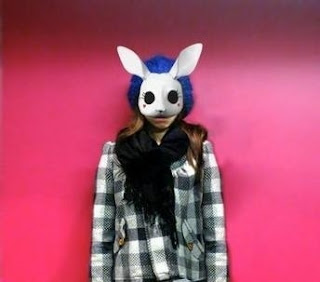 After trying Creature Dreams the other day, it dawned on me: I had listened to both of TOKiMONSTA's short little EPs, and it was time to decide which one I liked better. But the task wasn't that easy. Each work differs vastly in sound, making comparison, to some degree, moot, but I figured I could make a head-to-head battle work one way or another.

Cosmic Intoxication and Creature Dreams were released within a year of each other (2010 and 2011, respectively), so they have a time frame in common, but that's about it. Besides being creations of mastermind Jennifer Lee, they differ from one another in their musical aesthetic, with Cosmic Intoxication characterized by a floatier, surreal experience, and Creature Dream's more like to traditional hip-hop. Despite that, they have a common sound that let's you know Toki is behind the work.

Cosmic Intoxication was my introduction to Lee's craft, but was admittedly not a good place to start because it's fairly inaccessible. Most tracks come off as Jennifer going crazy with random patches (That's audio lingo for electronic music lovers, meaning "sounds" or something similar) thrown every which way as you struggle to find a coherency amidst the chaos. But there's a twist; listeners must dig deeper instead of taking the music at face value. First listens reveal nothing but a collection of beats that feel like the equivalent of musical delirium. However, once you realize Lee intended for the music to be that way, it all begins to click.

On the other hand, Creature Dreams is much more derivative of conventional hip-hop, if not for one reason: the prominent beat that hides itself within the mess. Hip-hop has always been based around a definitive beat, and while it's still somewhat shrouded on this release, Creature Dreams still displays it well. Further distancing itself from Cosmic Intoxication are prominent vocals and extended passages that, to be honest, wouldn't fit in with another artist's work. Because my hip-hop knowledge is relatively low, I struggle to think of another artist that sounds exactly like Jennifer Lee. Barring tracks that seem like leftover Cosmic Intoxication cuts, the music wouldn't feel out of place with an underground hip-hop mix your buddy plays on a regular basis.

As you take this all in, consider this: both releases are a great listen. Where is the analysis, you ask? Analysis be damned! I can't go into too much detail because I hope to review each EP sometime in the future. And to further frustrate you, I'm keeping my favorite under wraps. You'll have to wait for my review. This post was just set as bait in hopes that you'll give TOKiMONSTA a listen.