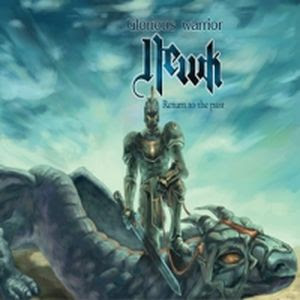 Relatively few metal bands come out of South Korea and even less get worldwide exposure. Newk aren't example of one that's well known, but they are one of the best kept secrets the country's metal scene offers. Surprisingly enough, they're veterans of sorts, forming in 1993, but it's more astonishing to see that they've soldiered on this long in obscurity. Luckily, they've never faltered, and while I've only heard Glorious Warrior and a few other bits here and there, their consistency is duly noted and certainly appreciated.

Revival. Newk have done an excellent job of bringing back the classic heavy metal sound in an age where it's nearly extinct. With the release of 2007's Glorious Warrior, the band brought simplistic heavy metal to the those fortunate enough to discover Newk's music--for what Glorious Warrior lacks in innovation, it makes up with an authentic traditional metal experience. Barring Korean lyrics, the release would be right at home with the overflow of eighties metal, and it's a better record for it.

As I hinted at before, Glorious Warrior defies age and wouldn't sound out of place with the plethora of traditional heavy metal bands that had a similar knack for melody and hooks. And because the tracks were written in various languages, these Korean metallers have a shot at getting worldwide airplay. It's simply a matter of being the right place at the right time. Their tunes are an easy listen and generally inoffensive from a mainstream point of view because guitars form alliance with vocals to create the catchiest hooks since pop. Don't get me wrong, however. Newk are no hair band, but instead balls out heavy metal, the stuff traditional metalheads have been deprived of for years in the mainstream. 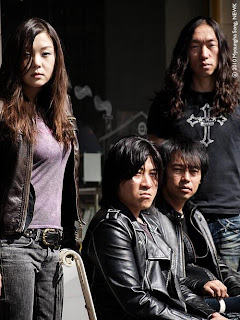 I wasn't always as smitten with Glorious Warrior as I am now. Much like bands that attempt to copy what's already been done, Newk's songs morphed into a mass of music that wasn't distinguishable, save a few tracks. I can't speak for the rest of their discography, but once I gave the album additional listens, it dawned on me: this is pure genius. Vocals capture the mid-range nicely, guitars create an excellent base with their crunch, and the rhythm section, though nothing spectacular, does everything asked of it with flying colors. Glorious Warrior would have been pro in the eighties.

You've probably already have a good idea of what you're going to get with this release. No, the record isn't technical or have any influences from the modern age, but that's exactly what the bulk of metalheads interested in Newk want, including myself. Classic heavy metal will always hold a special place in my heart because it's where my metal journey began and still holds strong roots. Traditional heavy metal is still likely my favorite, too. Even if you're only moderately interested in heavy metal, give Glorious Warrior a look. Just don't expect to be wowed when you take your first listen.