If anyone knows anything about this South Korean hard rock band, please speak up. I'm having trouble locating a place to purchase any of their records, let alone hear studio versions of their work. And it's killing me because I'm so impressed with the way they carry themselves.

The band is called A-frica (아프리카 in Korean), and they immediately remind me of good old eighties hard rock. The live performance I'm going to post below really stuck a chord with me because their vocalist is so exceptionally talented.

Got any info? Please shoot me an e-mail or leave a comment on this post. I don't care how you do it just as long as we shed some light on this group. Even if nothing comes out of this, at least I've exposed them to more people. 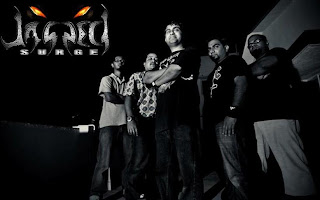 Taking a step back from the usual is always something I fully support and having Surdus from We Love Metal write a guest review is a refreshing change from my own commentary. He brings Jagged Surge, a hard rock/heavy metal band from India, to the table. Let's check 'em out.

A collection of demo songs from Jagged Surge arrived in my inbox last week. Though short (the demo contains five songs), something about it appealed to me right away. It may be the military theme they have going. I think there's a part of every young man who appreciates military hardware even if they hate war. Tanks and fighter jets are the ultimate extensions of sandbox toys, after all. And part of the appeal may have been that the track titles talked about things other than death, dark gods and the Apocalypse, which have been themes bombarding my inbox of late. 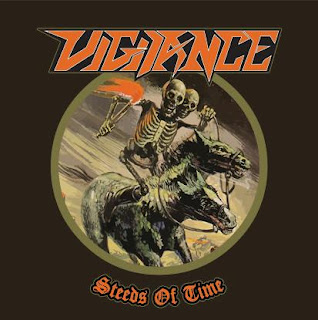 Sounding like Iron Maiden mishmashed with speed metal, Vigilance are a couple decades too late when compared with their influences. The classic feel is alive and well, even in form of production, and goes all the way back to metal's roots when most people in this day and age the genre as death metal. Vigilance give us an exhilarating five tracks of heavy metal--a strong candidate for metal EP of 2011--and surely come out on top as Slovenia's metal release of the year. I'm always amazed at the great metal that emerges from small countries.

In spite of being decades late, I'm not complaining because Steeds of Time sounds fantastic with its dual guitar-driven crunch and shuffle pattern drumming. The self-titled track is a down and dirty instrumental that fondly reminisces upon the early days of heavy metal and the NWoBHM movement. The rest of the EP isn't much different, but with the exception of vocalist/guitarist Jakob Rejec belting out the high notes in consummate fashion. Rapid alternate picking and galloping riffs take  influence from Iron Maiden and Judas Priest--the bands everyone should be looking up to, no questions asked. 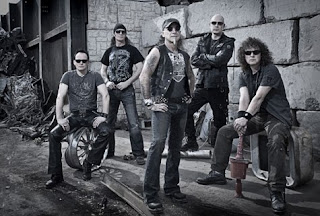 You thought I was pumped for Overkill? That was nothin'.

ACCEPT'S GOT A NEW TRACK OUT! This baby's called "Stalingrad," and the band are ready to storm the metal world just like they did with Blood of the Nations. They've gotta be one of most consistent bands out there based on recent years. Give it a listen and see for yourself. 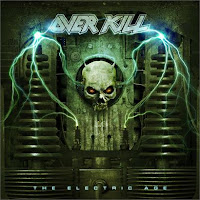 Overkill is back at it with a new track called "Electric Rattlesnake," featured on their upcoming record The Electric Age. The album will released March 27 in North America and March 30th in Europe. Follow the link below to give it a listen. I don't know about you, but I'm stoked.