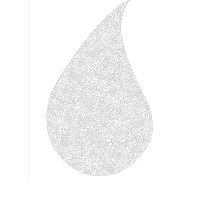 Okay, boys and girls. I want to bring you something a bit more obscure, a fledgling band that needs all the support and exposure they can get. And they're deserving of it, if I do say so myself, beacuse they're quite good at their instruments and can piece together an engaging piece of music that holds a listener's attention. The interesting thing is that Cryptodira categorize themselves as a progressive death metal band, and although I pick out slight bits of death metal, it is not the main part of their sound. I hear a lot more Between the Buried and Me, post-rockish sections, and hardcore-derived passages with syncopated rhythms and start-stop riffage. Nevertheless, that doesn't make The Four Quarters any less enjoyable; it's just the opposite of what I expected when Mike (the guitarist) described Cyptodira to me.

So what the heck is a Cryptodira? Questions about the band's name took priority over anything else, even listening to the EP--they certainly had my attention at that point. But the curious thing is that a Cryptodira is a taxonomic suborder relating to turtles and tortoises. Um... what? Regardless of where the guys got their name, I find it pretty interesting and creative that they pulled the name out of thin air. Before Mike and his crew came along, I hadn't even heard the word before. To be honest, I'd still love to hear why they chose it as their name.

For the most part, The Four Quarters is definitely enjoyable. I'll say that much. But I don't find it particularly unique, especially when I notice similarities between it and Between the Buried and Me. I can't call myself a fan of Between the Buried and Me either because they unnecessarily draw out their music, but Cryptodira do exactly the opposite, wrapping their songs in tidy and neat little packages that don't feel like a chore to listen to. And that's a plus.

On the other side, I find the clean vocals weak sounding as if they're carelessly slapped on top of the music. The harsh vocals lack the oomph an aspiring death metal band requires--and that's just it: they strike me as more of a metalcore-type vocal instead of the deep, gruff growl characteristic of so many death metal bands. That's really the only downfall to the EP, in my eyes. By adding a new vocalist, the band will move one step closer to their ultimate goal of being progressive death metal. Well, that and a substantial change in sound, of course.

Naturally, the musicianship on The Four Quarters is very good and a highly satisfying listen at that. The first time I gave the EP a run through, however, it went straight through me and nothing stuck, but that's what additional spins are for: to pull apart and really understand what you're listening to. Cryptodira's music isn't all that complicated, but it does employ some interesting time signatures. Three of the four tracks are over six minutes as well, so this really isn't casual or easy listening for the normal music lover.

But back to the musicianship; it's surprisingly tight and clean for what appears to be a demo-like EP. The drumming is probably what I enjoy the most, and I normally don't favor groovy drumming, but instead speedier drummers with lots of intricate fills. I usually find groovier drummers too repetitive, but Taibi has done a nice job of mixing his playing up.

The overall verdict on The Four Quarters is a positive one. You've got a band full of charisma and pizazz which should carry them throughout the music world. Gentle post-rock sections mesh nicely with heavier passages. Vocals could be improved, but, in the grand scheme of things, the gripe is relatively minor. In the end, though, this is a well-done collection of music, not perfect, but indeed pleasant.

Download the band's EP for free in 128kbps quality at this location. Here's to hoping higher quality becomes available.