Five Heavy Metal Albums You Should Hear Before You Die

This one has been a long time in the making because heavy metal is one of my favorite subgenres. This ain't no big thing for me to do, either, because this type of music was my intro to the metal world and will forever hold a special place in my heart. 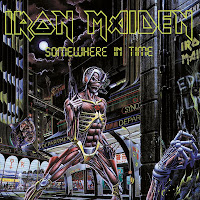 1. Rest assured, you were going to see Powerslave as the only representation of Maiden here, but since I've already blabbered about it everywhere else, another classic will suffice. While Iron Maiden certainly have a surplus of excellent albums under their name, Somewhere in Time is a particularly flawless release from the band, in regards to songwriting. 1986 saw the integration of guitar synths, which you either really love or really hate; they gave a unique feel to the music with their flangey textures and add a layer absent on previous records--see "Sea of Madness" as an example. Somewhere in Time is home to a number of Maiden classics, but the best tracks are the ones that don't always get the top spotlight. "The Loneliness of the Long Distance Runner" and "Deja Vu" are must hears before you pass your soul to the metal gods. 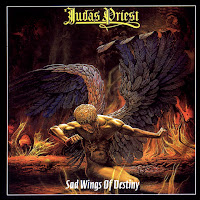 2. What's a heavy metal list without Judas Priest? It's likely expected an that an eighties release or the coveted Painkiller might make this write-up but, nope, Priest's seventies output is the best. It's a tough choice because their records from the seventies are the most passionate pieces of music the band ever recorded, and, similarly, the most metal. From here on out, it's a toss up between Stained Class and Sad Wings of Destiny, but the latter ultimately reigns victorious because it features "Tyrant," which is my favorite Priest song. Of course, you can't go wrong with either release, and I highly recommend you add them both to your listening list. 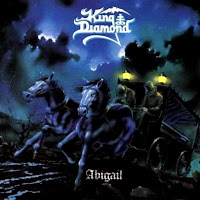 3. Oh man, with Maiden and Priest out of the way, what could possibly be left? Plenty--that's for sure. The next album on the list comes from a Dane who calls America his home. Any guesses? No?

King Diamond, that's who. The man has a string of excellent albums to his name, making the decision brutal, and my pick might seem a bit cliché to those who know his discography well. But Abigail comes out on top because it encapsulates what heavy metal is and should mean: over the top falsetto vocals, zesty guitar riffs, melodious lead work, and stampeding double bass? Yes, please, with an order of classic horror story on the side. 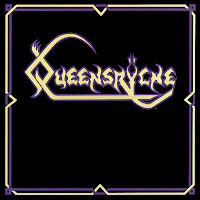 4. Two slots left. Three classics out of the way. I'll go with a favorite here. Queensrÿche's self-titled EP, though a little on the short side, is essential listening for any metalhead. I actually thought about including The Warning instead, but the self-titled's rawness and charismatic drive is perfect for this list and something the former lacks because it's a bit more polished. Queensrÿche features a young band in search of their trademark sound; much of the record is Iron Maiden worship (same with The Warning), but it is a fantastic music collection in its own right. Queensrÿche wouldn't find their proto-progressive sound until Rage for Order. 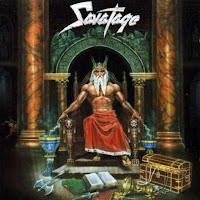 5. Uno más... Throwin' a curveball with this one: Savatage's Hall of the Mountain King. I'm in total agreement that the production sounds extremely dated, but it isn't the music, so you'll get over it. Hall of the Mountain King is home base for such classics "Beyond the Doors of the Dark," the self-titled track, and "White Witch." But really, the whole album is perfect and arguably the climax of the band's career. The Oliva bros and co. are in prime form on this one. Nab on next record shopping spree. You'll thank me.