I have quite a few albums here, a surprising influx of black metal, as well as a few records that aren't metal. 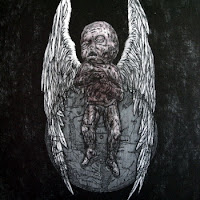 1. The best way to describe Deathspell Omega's Si Monumentum Requires, Circumpsice is a far off world wrapped in blissful dissonance. While not the same level of disparity as the follow up Fas - Ite, Maledicti, in Ignem Aeternum, this record is one you can easily scare your family and friends with, and, with that in mind, I've played the record quite a few times in my room, only to have my fraternity brothers tell me it isn't music, but rather the sound of people dying slow, painful deaths.

What listeners will find with this album is extremely well-written black metal infused with choral parts, both creepy and beautiful. The record primarily deals with Satanism through a religious, theological, and philosophical outlook. It may take a you more than a few listens to understand its brilliance, but once you do, you'll be hooked. 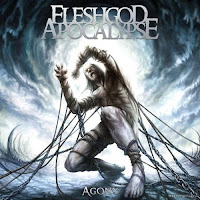 2. Side-by-side with their EP Mafia, Fleshgod Apocalypse's new record falls flat because the members have taken their music in a new direction. That's not to say I hate Agony, but it's too much of a departure from the sound I was hoping for. And according to fan reports, I'm not the only one that feels this way.

I love the orchestral and neoclassical bits incorporated into Mafia, but, with Agony, they've gone a bit overboard and pushed the guitar to the back, under both keyboards and drums. They're still audible, but to a lesser extent, thanks to a less-than-stellar production. More listens may prove to raise the album in the ranks, but I don't have my hopes up. Highlight tracks include "The Betrayal" and "The Forsaking." 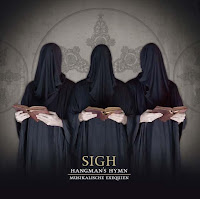 3. Oh, yes, Sigh. My introduction to the band was just only in August with the excellence that is Imaginary Sonicscape, a brilliant mix of black metal, traditional heavy metal, hard rock, rock, jazzy bits, psychedelics, electronica, and classical music. Intrigued by the band, I decided to pick up Hangman's Hymn, a more recent album that has accolades of fans. Needless to say, it was a good choice because the record is a great combination of thrashy black metal covered in symphonics paired with great lyrics. While much more straight forward and easier to get into than the record that introduced me to the avant-garde black metal band, Hangman's Hymn is an essential part of a Sigh fan's collection right behind the utterly amazing Imaginary Sonicscape. 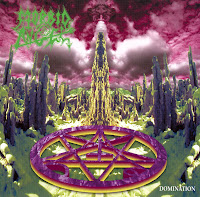 4. I should have paid attention to the reviews on Metal Archives. I typically ignore the opinions of critics and amateurs alike because there are quite a few albums I love that people seem to hate. But with Domination, the reviews were spot on--to a T, in fact. The first half of the album sounds like something off of the superlative Covenant, but the second half completely falls on its face. I'm left thinking: "Is this really the Morbid Angel I know and love?"

I should have taken into the consideration that people claim Morbid Angel went downhill after 1993. But that's just it. I usually let my ears do the judging instead of someone's thoughts in cyberspace. When pitted against Altars of Madness and Covenant, Domination is skippable, unless you want to use the album as a coaster because of the amazing artwork (that may have been a bit too harsh...). 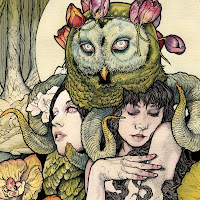 5. Album of 2010, anyone? Kvelertak is another act I can add to my library of music in languages that aren't English. Apparently, Norwegian is an easy language to learn, but I won't be studying it any time soon unless the guys in Kvelertak as me to join their band (har har!).

Kvelertak is a smooth blend of black metal, hardcore punk, and a heavy dosage of rock 'n' roll I just dare you to try and hate. The vocals admittedly aren't the greatest because they literally hopped train from a hardcore band, but once you accustom yourself to them, I guarantee you'll be in for the time of your life. If you like rock 'n' roll, you'll love this slab of rockin' goodness.

6. Yet another I've already included in my blog. For info on Velvet Cacoon's Genevieve, see my review here. 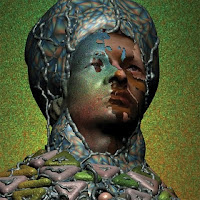 7. "What the heck is this?" Those were my initial thoughts about this record.

Yeasayer's Odd Blood comes off as experimental and an interesting derivative of pop and electronic music, but once you've heard it a few times, it really does click. For the most part, I love the album in its entirety, but tracks like "Ambling Alp" and "I Remember" are, in my opinion, significantly weaker than the rest of the record. Nevertheless, Odd Blood is very much worth your time, especially if you want to delve into other genres of music like I did. This album is a fun look at what pop, electronic, and experimental music can do when they are mashed up with one another. 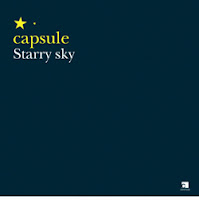 8. From the magnificent mind that is Yasutaka Nakata, we have capsule's 12" release called Starry Sky. I'm not afraid to admit capsule (always spelled with a lower case "c") is my favorite musical project at the moment because the duo is an absolutely fabulous take on the electro house subgenre of house-style electronic music. I painstakingly sourced this vinyl from a record store in Japan, and it proved to be worth every penny, dime, nickel, cent--you name it.

I'm happy to say the three tracks on this record, "Starry Sky," Reality," and "Sugarless Girl," differ from their counterparts on the CD version. They enjoy extended lengths, new parts, and, most importantly, significantly better sound quality than the CD. Now I just have to see if I can nab the other vinyl releases that are so sought after by capsule heads like myself. Sadly, they are extremely hard to come by. 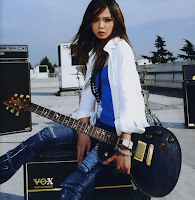 9. This is the last one for now. I swear. Another favorite artist I have from the Japanese music scene is Aya Kamiki (上木彩矢), a lighter rock artist. I first discovered her through a video on YouTube where she was covering Deep Purple's "Smoke on the Water" and was amazed at how strong her voice is live. I've heard two of her releases, Secret Code and Are You Happy Now?, which are fun and generally fillerless listens all the way through, so I decided to grab what I could for a good price on Amazon. What I picked up turned out be a single (君去りし誘惑) with an unreleased track I hadn't heard before. Check her out if you haven't, and see the video I referenced here.