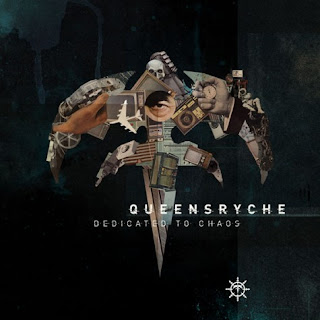 How did Queensrÿche replay their new "masterpiece" and believe it was fit for public consumption? I didn't think the band could get any worse after their last record, but they've done the seemingly impossible. I've just finished listening to the group's newest album, Dedicated to Chaos, and it effectively seals the deal that the band have slid into an even deeper hole they are never going to be able climb out of. The record has absolutely no drive; it sounds tired with a complete lack of inspiration and, truth be told, there are some really odd influences floating around that just aren't typical Queensrÿche.

True, the band hasn't been "typical" for a very, very long time. They've been in a downward spiral for nearly 20 years. It's a darn shame because at one point they were metal innovators in the concept album realm, crafting one of the finest ever: Operation: Mindrime. I can't even say the band is parodying their former selves, either. This is that bad. The good name they built their golden age material on is soiled to the point of no return. Clearly they need to hang it up or get Chris DeGarmo rejoin, but I'm doubtful anything good would come out of his return.